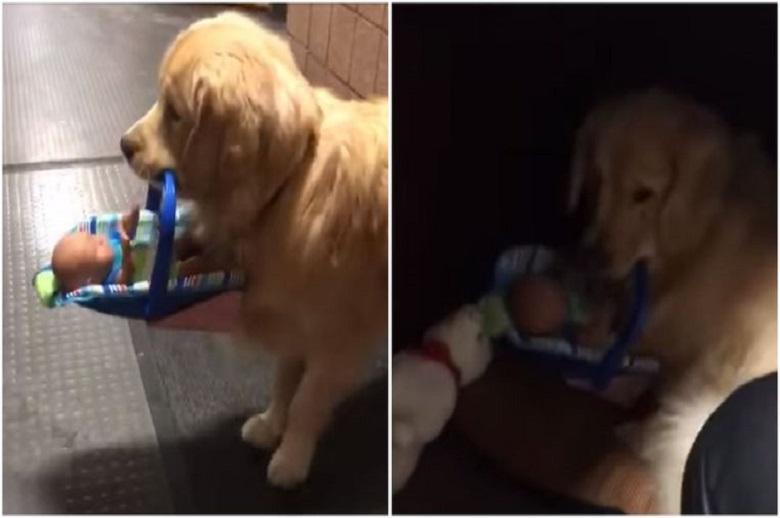 A police station in the US state of Massachusetts has caught a thief in his own right. The toys that the desk collects to donate to a charity around Christmas time just kept disappearing. Eventually, therapy dog Ben Franklin appeared to be behind the ‘thefts’.

The golden retriever was caught red-handed when he carefully picked up a doll in a basket with his mouth and brought it to his secret hiding place under a desk in an office on the other side of the building.

The agents also found other ‘stolen’ toys under the desk, including a llama and a penguin hug. The entire ‘chase’ was recorded on video by an agent and posted on the agency’s Facebook page.

“We soon realized that Ben was behind the ‘thefts’, because the room where the toys are kept is normally always locked,” says police officer James Mill. “When Ben saw all the toys, he thought it was all for him.”

The agents have replaced the toys that Ben appropriated with new toys to give away. “He had talked about everything,” Mill explains. Whether Ben is allowed to keep his appropriated toy is unclear.

Ben Franklin is a therapy dog that is used by the police to comfort people. He visits schools and spends a lot of time with children who are in a crisis. “He is very popular,” concludes Mill. “When Ben walks in somewhere, it’s like the sun is starting to shine.”