Ion Aliman was elected to a third term yesterday as mayor of the Romanian village of Deveselu. However, he died of the coronavirus two weeks ago. After the announcement of his victory, the villagers went to his grave to burn candles for him.

Aliman had a landslide election victory: as many as 1,057 of the 1,600 votes cast went to him. Ten days before the municipal election, he died of Covid-19 complications. Still, his death came too late for his name to be taken off the ballot.

On election day, the day on which he would celebrate his 57th birthday, hundreds of Deveselu residents nevertheless voted for Aliman, a member of the left-wing Social Democratic party PSD.

As mayor of the village, he was already very popular, and that way, the villagers wanted to honor him. After the results, they went to his grave to burn candles and mourn.

His deputy is Nicolae Dobre, who said on Romanian news television Digi24 that there is nothing strange about the situation. “Aliman remained on the ballot and had the right to be re-elected. The situation is completely legal. The residents of Deveselu also knew that if they voted for him, they would have the PSD nominate another candidate.”

How we started vs How we ended up: Couples share their stories 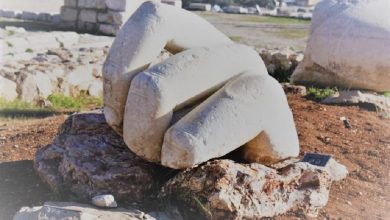 Mystery of Giant Hand of Hercules: what happens to the statue?