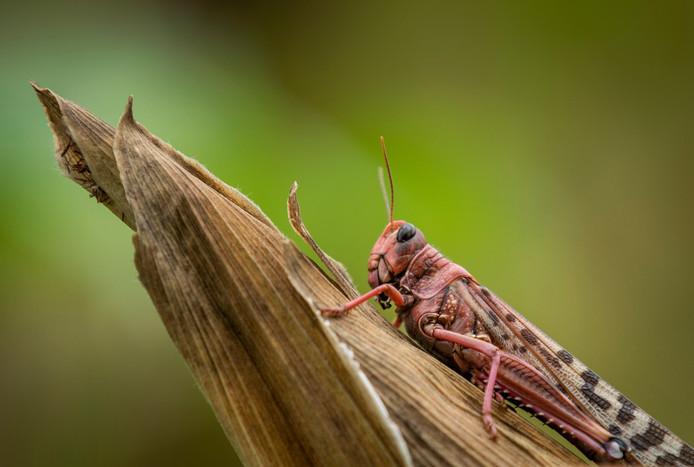 Swarms of locusts that devour crops and pastures in the eastern region of Africa have spread to southern Sudan, according to the UN food agency.

Million of South Sudanese are now facing hunger despite that the citizens struggle to overcome the effects of the civil war. The United Nations has warned that a food crisis could loom in East Africa if the infestation is not brought under control.

US Secretary of State Mike Pompeo pledged $ 8 million to help fight the invasion during his visit to Africa. Pompeo stated that after his talks with Abiy Ahmed, the Ethiopian Prime Minister, who, like Somalia, Kenya and Uganda, has been affected by locusts.

The locusts invasion is one of the worst infestations in Kenya in 70 years and the worst in Somalia and Ethiopia in 25 years. Several measures to control the locust infestation have so far been unsuccessful.

The Aerial spraying of pesticides is believed to be the most effective way to control swarms, but countries involved in that region do not have adequate resources. It is feared today that locusts – which already number in the hundreds of billions – are still multiplying.

In a single day, a swarm of locusts that could be the size of Paris could eat an equal amount of food as half of the French population. The Food and Agriculture Organization of the United Nations (FAO) has reported that about 2,000 adult insects have entered southern Sudan via Uganda into the south of the county of Magwi.

“They are bright yellow, which means that they are prospecting the areas in which they will lay eggs,” said Meshack Malo, the FAO representative in South Sudan, quotes AFP.

Agriculture Minister Onyoti Adigo Nyikuac explained that the government is training people on how to spray. “We also need chemicals for spraying and also sprayers. We also need cars to move around during spraying, and later, if the situation gets worse, we will need planes,” he declares.

About 60% of the population of southern Sudan is facing food insecurity – and the destruction of crops by locusts could cause children’s nutrition levels to drop, warns aid organization Saves the Children. Even without the insects, the organization predicts that more than 1.3 million children below the age of 5 will suffer from severe malnutrition this year.

According to the FAO, the insects, which feed on their weight every day, reproduce so quickly that their number could be multiplied by 500 by June. Last week, the UN agency called on the international community to provide nearly $ 76 million to fund the spraying of insecticide in the affected areas.

Somalia is not left out; they have declared a national emergency in response to this crisis. Ethiopia has called for “immediate action” to address the problem that affects four of the country’s nine states. Kenya has deployed planes to spray pesticides in several regions, and its Minister of Agriculture, Peter Munya, explained on Monday that the invasion had been brought “under control”. Meanwhile, Uganda on their side makes use of soldiers. They deployed several soldiers to the northern regions to spray pesticides in the affected areas.