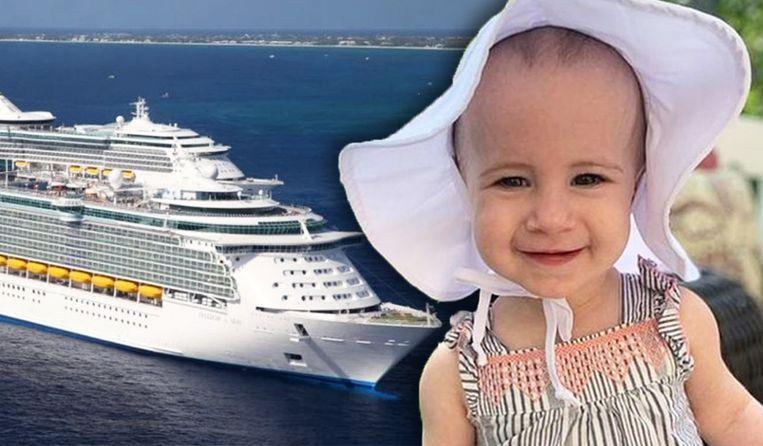 The drama on a cruise ship in Puerto Rico last weekend, in which a toddler died tragically, gets a tail. The parents of the 1-year-old Chloe have hired a lawyer because they are convinced that the accident could have been prevented.

The 1-year-old Chloe Wiegand from Indiana, USA, was playing with her grandfather in the children’s section of the cruise ship just before the accident. According to a spokesman for the local authorities, the girl from the eleventh floor fell down after her grandfather accidentally let her slip out of his hands.

Justice is currently looking into whether he can be prosecuted for this, but the parents do not want to know anything about it. They claim that the cruise ship operator, Royal Caribbean International, has been negligent. “The story being told is not the complete truth,” said their lawyer Michael Winkleman during a press conference. “I think society is guilty of this drama.”

“She wanted to pound on the window”

At the request of the family, Winkleman presented a statement about the drama. According to him, Chloë played with her grandfather in the children’s section of the cruise ship, where it completely went wrong at one point. “Chloe wanted to pound on one of the windows like she always did at the hockey games of her older brothers. Her grandfather lifted her up and set her on an elevation. He thought there was glass by the window, as was the case with the entire wall. It wasn’t like that. He looked around for a moment and saw that Chloe had disappeared in an instant.”

According to the lawyer, it is indigestible for the family that someone from the crew probably left a window open in a children’s playground. The fact that a window can open at such a place and on such a high floor does not matter to them.

“Why would you have that kind of hidden danger without any warning, without any sign or without any notification?”, Winkleman wonders. “Chloe’s grandfather is devastated by the drama and could only cry, crying that he didn’t realize that a window was open.”

The police have since started a major investigation. The family may not leave Puerto Rico until that time. Camera images are checked and some passengers are interrogated.

Royal Caribbean said it was “deeply sad.” “We have made our care team available to help the family with all the resources they need. Out of respect for their privacy, we do not intend to comment further on the incident.”