Drew Goodall went on to share a set with Brad Pitt and Hugh Grant. He seemed to be on the road to success when criticism of his role in a play shattered his self-esteem and left him penniless. How he managed to get back to work after sleeping on a park bench and how he went from shoeshine boy to creating an ethical company that moves fortunes.

Literally from the bottom up, that was Drew Goodall’s fresh start when it seemed all was lost. He had been living on the streets for more than six months when, while begging for alms sitting outside the London Underground, a clerk gave him advice that would prove more valuable than money.

He told him that shoeshine boys at Central Station charged £2 per customer and encouraged him to get the necessary equipment and do the same.

Goodall said: “I went into a shoe repair shop and bought some shoe polish and brushes”.

He didn’t know it at the time, but that decision would change his life, and, in time, he would become a role model for lifting others out of destitution. Today, a millionaire and the head of Europe’s largest charity shoe shine company, his story is a parable of life’s ups and downs and how success is never assured, but neither is a failure.

The entrepreneur grew up in Ipswich, a town an hour outside London where his parents owned the local pub, and from a young age, he wanted to be an actor.

He always had the support of his family, though perhaps that would work against him. When he finished school and got a place to study drama in the British capital, his father threw a big party: “Dad decorated the whole pub with little flags. I was his pride and joy”.

He graduated in the late 1990s and quickly found his way into theatre, television, and film. By his early twenties, he had more than fulfilled his dream, even landing small parts in blockbusters like Snatch, Pigs and Diamonds (2000) and A Big Boy (2002), in which he met Brad Pitt and Hugh Grant.

Everything seemed to be going well until a bad review of his role in a play in London’s West End hit him hard. “I was playing in Marat/Sade, and the reviewer destroyed me after the press performance. It was a national paper, and they were calling me names,” he confided in an interview with the magazine Essential Surrey. “I lost confidence. Suddenly, I stopped enjoying acting.”

Then, he suffered an existential crisis: “If I am not an actor… who and what am I?” he wondered. He stopped working and fell into a deep depression, but felt that he could not return as a failure to his parents’ house: “I did not want to face them. When I left, I was his great hope. I could not face the ignominy of having to return with my tail between the legs”.

With no income and debts, he ended up being kicked out of the flat he was renting, and although at first, he stopped at friends’ houses, over time, he was left on his own, without a net. “Finally, one night, I found myself with no place to stay, and I looked for a bench to sleep on.” And what started as one strange night became another, and then another.

Wandering around the area where he had once studied theatre, he managed to get a job as a delivery boy in a pizzeria but was thrown out when he was discovered sleeping in the toppings cupboard and eating leftovers.

It was not the lowest point in his career: “I was attacked twice by drunks for no reason, while sleeping in the park, and on one occasion I ended up in the hospital. The worst moment, though, was undoubtedly when I witnessed my friend from those days throw himself off a train”. However, Goodall says that witnessing that tragedy acted as an epiphany for him: “It helped me realize that I didn’t want to end up alone and desperate like him.”

Growing up in his parents’ pub saved him from the other dangers of the street: the now entrepreneur always had an aversion to alcohol and drugs.

That’s why he was lucid enough to listen to the advice of an office worker he saw passing by every day on his way to the underground: “He took the time to talk to me as well as give me a handout. He told me that people went to the central station to get their shoes shined. Why don’t I give it a try?”

It seemed like a minor gesture, but it wasn’t: after months of anguish and marginalization, someone had believed in him. That prompted him to buy brushes and shoe polish and go out in search of his first customers.

It was not easy. At first, he had no license and had to run permanently from the police. But for the first time in a long time, he managed to earn enough to pay for a place to sleep. Things were starting to look up.

Seeing that he was getting ahead was an incentive to put passion into his work, and Drew began to earn his clients’ loyalty. Whenever he could, he would take the opportunity to chat a bit. Since most of them were business people, he was learning valuable financial lessons to improve his business.

Again, the solidarity of someone who stopped to see beyond the man shining his shoes changed history. The definitive opportunity came when one of those Goodall regulars told him that the company he worked for used to have a shoeshine boy who had stopped going: “He asked me if I didn’t want to offer myself for the position. He was my first corporate client”. Many more followed.

Soon he needed to call in new employees to expand the business. And he didn’t hesitate: his decision from the start was to give work to other people who were on the street or had a disability. “One of them had special needs, but he was just as capable as the rest of them to cope with the tasks,” he later recounted.

“I saw how it completely changed his life and that the clients loved the idea that they were helping someone who really needed it.” In 2012 Goodall set up Sunshine Shoeshine, the first ethical shoe-cleaning company, which today serves major London companies.

Since then, the company has helped hundreds of people out of poverty, who received training, lodging, and food when hired. Sunshine Shoeshine grew as a role model for social responsibility across the UK.

“I did not set out to change the world,” says the entrepreneur. There is no magic button to end homelessness. But giving someone the time, talking to them, reaching out is a good part of finding the solution. And work is the beginning because it transforms: it gives you a reason to get up in the morning”.

Drew Goodall, who now lives in a houseboat in Twickenham on the Thames, no longer shines shoes other than remembering what it is all about.

Last year he published his memoirs in Shooting the homeless, a book where he recounts his ordeal and apprenticeship on the streets. He also gives motivational lectures in which he repeats: “I had to lose myself to find myself. Life is a never-ending series of changes and challenges that we all have to accept”.

But even though those changes took him away from acting, his story ended up looking a lot more like a movie than he imagined. 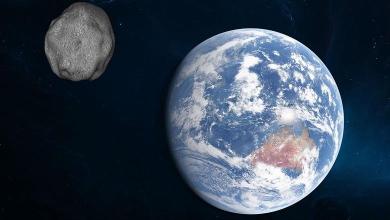 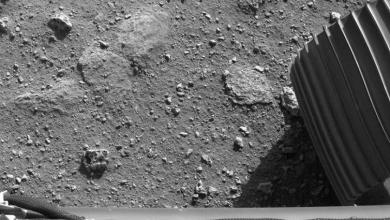 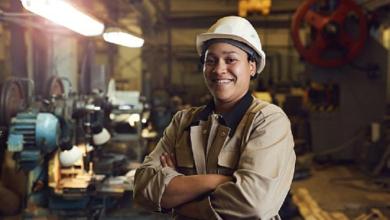