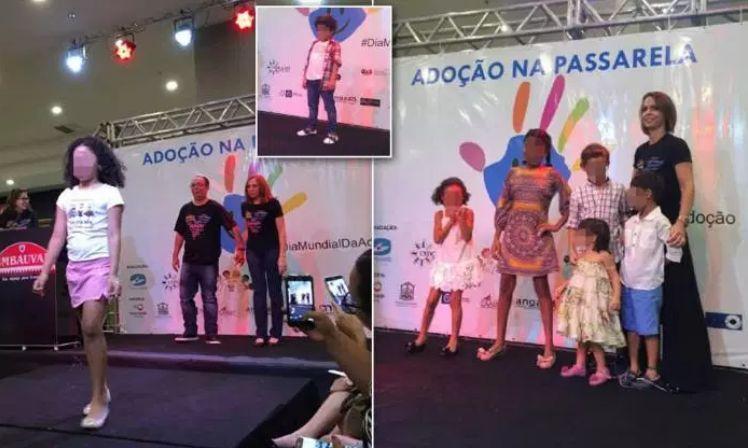 In Brazil, a commotion has arisen about an event in a shopping center, where children and young adults between the ages of 4 and 17 who are eligible for adoption present themselves on a catwalk to potential new parents. The Brazilian Ministry of Women, Family and Human Rights has expressed its disapproval of the “animal market”.

On Wednesday afternoon, the children walked through a catwalk in a sort of fashion show in the Pantanal shopping center in the town of Cuiaba, in the state of Mato Grosso, about 1100 kilometers west of the Brazilian capital Brasilia. There were potential adoptive parents along the side, who could make a choice from the accompanying children.

The ‘Adoption on the Catwalk’ event, part of the Adoption Week, immediately received a lot of criticism via social media. On Twitter people compared it to an “animal market”, others responded with “children are not products” and “there is no common sense”.

The Ministry of Women, Family and Human Rights responded Thursday in a statement “with disapproval” at the event. “Society and the State have a duty to protect children and young adults, including protection against exposing their identity and emotions,” the statement said.

The regional department of the Brazilian Bar Association, which co-organized the event, tried to explain the background of the show in a statement: “It was never intended to present children and young adults for adoption. The idea was to raise awareness of the possibilities of founding a family through adoption.”

“None of the children or young adults were obliged to participate in the event, they were all happy with the opportunity to participate. The participants were all accompanied by their foster parents or adoptive parents. The event also had the approval of Child Protection.”

The shopping center that housed the event rejects in a statement “that children and young adults are presented as objects.”

There are 9,524 children and young adults in Brazil who want to be adopted. 45,991 possible adoptive parents are registered. The Ministry of Women, Family and Human Rights announced this week that it will be launching a campaign to encourage adoption later this year.

Amazon rainforest before and after: 10,476 square km disappeared in a year

Noiva do Cordeiro: Only city in the world where only women live