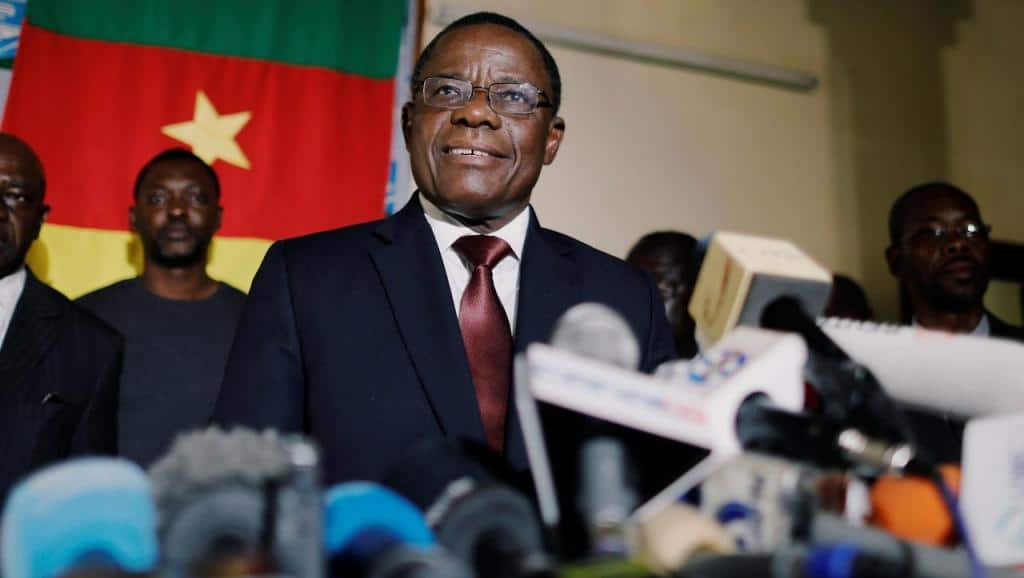 Maurice Kamto and his co-defendants left the central prison of Yaounde on Saturday afternoon, under the gaze of a hundred of its militants. “Go home in peace,” he said to them afterward.

“If you know why you fight, whatever the duration of the fight, you will have the victory,” Kamto told his supporters. Ex-detainees have announced their intention to continue their political struggle. Journalists ran behind the green sedan carrying the MRC leader who, from time to time, waved to the crowd.

A motorcade has shaken Yaounde prison, carrying his co-accused Christian Penda Ekoka, former economic adviser of Paul Biya, rapper Valsero, Paul Eric Kingue, Penda Ekoka, and Professor Alain Fogue, the first to drop a word in the direction of the press: “I will be free when Cameroon is free.”

Albert Nzongang, a powerful ally of Mr. Kamto, raises his arms in the air to say that the political fight will continue. Michèle Ndoki, co-accused of Maurice Kamto, is smiling. His two daughters are sitting in the back of his 4×4 car. The lawyer was injured during last January’s protests when opponents were arrested. Mr. Ndoki hopes that the other detainees will be released. “I’m very happy to be reunited with my family, and we still have a long way to go to free everyone,” explained to the crowd.

Maurice Kamto, 65, a law professor and lawyer at the Paris Bar, was released along with about 100 of his activists after Cameroon’s Head of State, Paul Biya, decided to stop the proceedings involving more than 300 people. This decision was taken at the national dialogue organized this week at the initiative of Mr Biya.

“I must say they are being released without trial.” The Government Commissioner spoke, in his requisitions, of withdrawal. “In other words, there is no longer any public action that can be opposed to them (…). Lawyers know what is meant by withdrawal. I am delighted that the court has taken note of these requisitions,” reacted one of Maurice Kamto’s lawyers.

Mr. Kamto and his co-defendants made their way out of prison to the Odza district of Yaoundé to meet their activists and relatives. The primary opponent of Cameroon spent nine months in detention. He was prosecuted for several charges, that of “uprising” in particular.

Maurice Kamto was arrested for calling for demonstrations against the re-election of Paul Biya in 2018. By the end of the poll, he had come second, behind Mr. Biya.