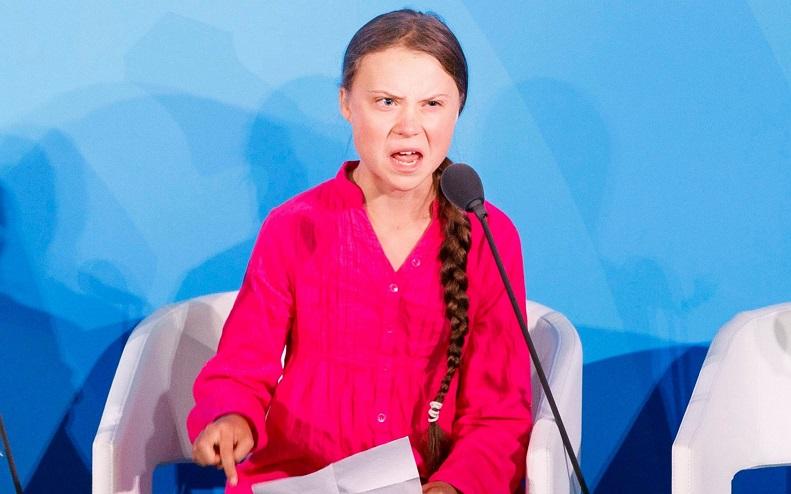 A death metal version of the angry and emotional speech of the Swedish climate activist Greta Thunberg at the climate summit in New York has surfaced on Twitter. The Swedish teenager, who received a lot of hate reactions, now responds with a good dose of humor to the video. “From now on I will be doing death metal only,” she writes.

Thunberg, who has become the global face of the growing youth movement for a better climate, came under fire after her striking speech at the climate summit. In her remarks, she lashed out at world leaders. “How dare you? You have stolen my dreams and my childhood. You have failed,” it sounded, among other things.

Thousands of adverse reactions soon followed. The American president Donald Trump also responded to the speech of the furious climate girl with tears in his eyes. “She looks like a very happy young girl – looking forward to a great future,” he spotted on Twitter.

The world-famous speech has been feeding all kinds of jokes and gifs on social media all week long. Now a death metal version of Thunberg’s speech has also emerged, including howling guitars and a roaring climate activist. Thunberg saw the video and responded with a joke to Twitter. “I have moved on from this climate thing. From now on I will be doing death metal only,” it sounded.

The song was made by John Mollusk, who played with the New York thrash metal band Suaka. Yet another creative YouTube user made a new wave parody of the UN speech. At below, you can listen to the two versions.

Earlier this week, Thunberg responded to the flood of criticism she received. I don’t understand why adults put in so much effort to ridicule and threaten teenagers and children because they promote science, said the 16-year-old climate girl.

“As you may have noticed, the haters are just as active as ever. They are after me because of my appearance, my clothing, my behavior and my differences. They come up with every conceivable lie and use all kinds of conspiracy theories.”

Finally, she emphasized that she no longer wants to deal with climate skeptics. “Don’t waste your time by giving them more attention. The world is waking up. Change is coming, whether they like it or not.”