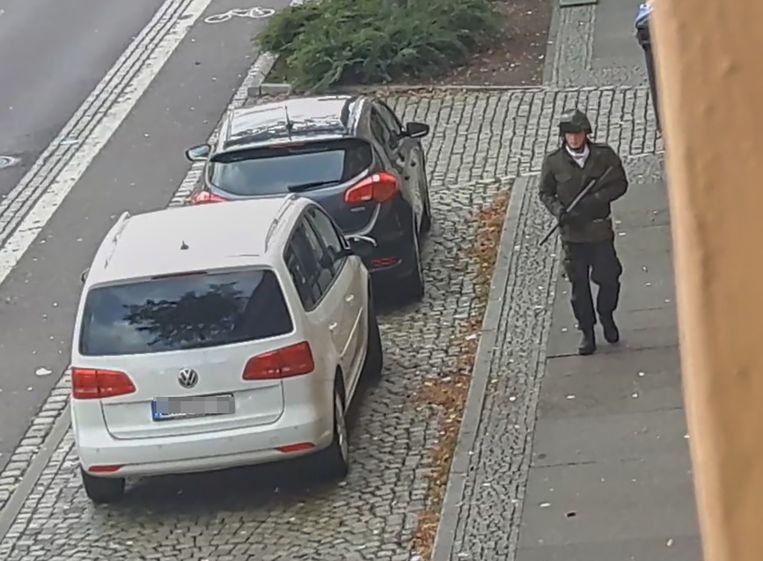 The suspected perpetrator of yesterday’s attack on a synagogue in Halle, in the south-east of Germany, has published an anti-Semitic manifesto on the Internet. The terrorist observatory SITE and the German newspaper Die Welt reported.

The director of SITE, Rita Katz, has reported on Twitter that the document was apparently published a week ago, on October 1. “This manifesto document, which appears to have been created a week ago on October 1.”

According to her, it contains pictures of weapons and ammunition, including home-made weapons, and the author expressed his will to “kill as many anti-whites as possible, Jews preferred.” According to Die Welt, the text is approximately ten pages long and written in English. It specifically states that the perpetrator wanted to attack the synagogue of Halle on the Jewish holiday Yom Kippur, and wanted to survive that attack itself. In the meantime, it has also become known that the offender had streamlined the attack.

Yesterday evening the German police announced that a man who was arrested during the day is probably the perpetrator of the attack. Earlier, it became known that the suspected perpetrator is a 27-year-old German with an extreme right-wing background. Interior Minister Horst Seehofer spoke of an anti-Semitic attack by a sympathizer of the extreme right.

The German president Frank-Walter Steinmeier is visiting the synagogue today and will also have a meeting with Prime Minister of Saxony-Anhalt Reiner Hasselhoff. Interior Minister Seehofer is giving a press conference this afternoon, together with the chairman of the Central Council for the Jews and Hasselhoff, to provide more details about the ongoing investigation.