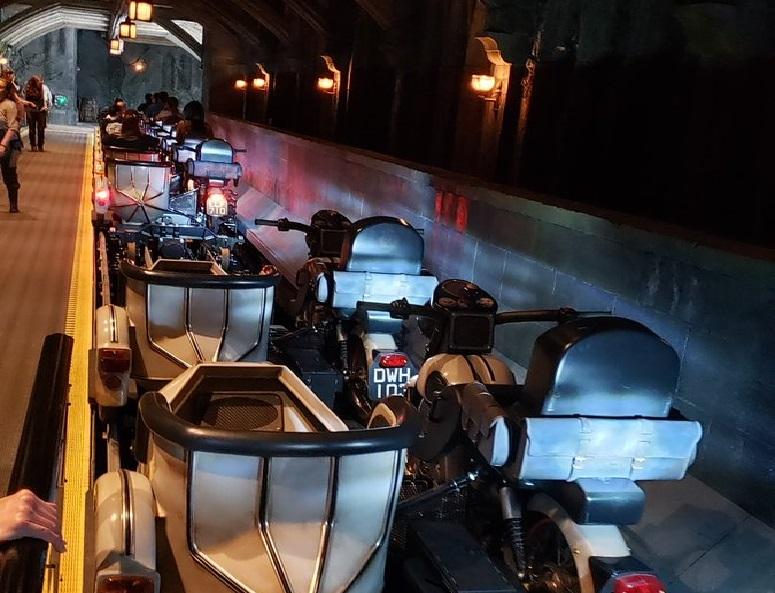 At last, it was time: the opening of the new spectacular Harry Potter attraction at the Wizarding World of the Universal Orlando Resort in Florida. Fans lined up the day before yesterday. But they had to be patient. A lot of patience. Some fans were waiting for up to 10 hours. “But it was so worth it.”

Hours before the amusement park in Orlando opened its doors, diehard fans were ready for the ‘Hagrid’s Magical Creatures Motorbike Adventure’. Ready to be the first to sit on the famous motorcycle of giant Hagrid’s sidecar for an unforgettable ride through the Forbidden Forest.

And there were a lot of them…

On social media, fans complained about the incredibly long queue. Fortunately, the park handed out free water, waiting areas could also be saved during toilet visits. The suffering was also mitigated by numerous props, digital projections and special effects in line. And there were also some actors from the popular film series, especially for the opening.

“Worth the wait!”, it sounded to many after they finally took their ride. The attraction is therefore according to the park – and also the fans – “a unique experience”. One where visitors with Hagrid as a guide fly through the Forbidden Forest – past obstacles and magical creatures – and thanks to 7 fast ‘launches’, often feel the adrenaline pumping through their bodies.

Fortunately for enthusiasts, the park started a day after the opening madness with a virtual queue, so that people no longer have to physically queue all day. Even then the park warns on its website for the great popularity of the Hagrid adventure. “The attraction can reach the capacity of the day on the day of your visit. Keep an eye on the official app for updates.”