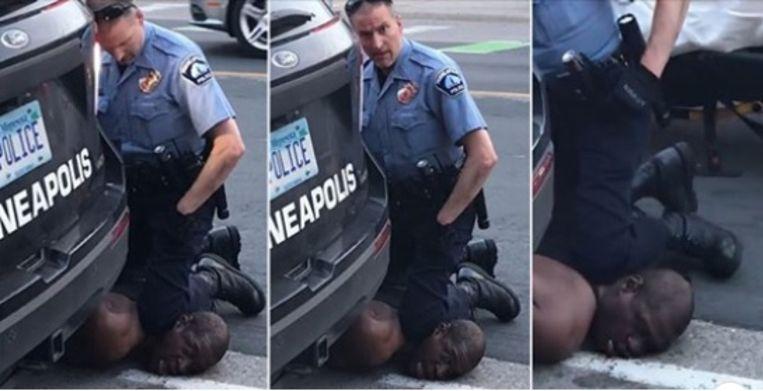 Chauvin was the longest-serving agent of the four and had been with the Minneapolis Police Department for 19 years. At least 18 times, a complaint was filed against him. The American news channel CNN has been able to view the police files of the four ex-agents who are in the cell for the death of George Floyd.

George Floyd was killed last Monday after a cop impacts his knee to his neck for more than eight minutes. The four agents involved in the incident had arrested Floyd for attempting to pay in a store with a $20 counterfeit bill.

The four officers were all fired and are in the cell. Their deposit is set at one million dollars (882,695 euros). An overview of who they were.

Derek Chauvin (44) was the man who put his knee on Floyd’s neck while he was handcuffed in the street. He is charged with manslaughter, a synonym for first-degree murder.

Chauvin was the longest-serving agent of the four. He had been with the Minneapolis Police Department for 19 years, but it was not without a struggle. At least 18 times a complaint was filed against him and twice he was also adequately reprimanded, according to police documents.

In 2007 a woman complained that Chauvin had dragged her out of her car because she drove 16 kilometers per hour too fast. Chauvin searched her and put her in the back of his police car. An internal investigation concluded that Chauvin should not have taken the woman out of her car and also noted that there was no audio from the intervention and that the police car’s dashcam was off.

Chauvin stated that he forgot to turn on the camera at the start of his shift and that he forgot his microphone in the car when he got out to speak to the woman. But Chauvin has also been nominated for an award for his performance in two incidents. One: shooting a man aiming a rifle at other officers, the other fired a man suspected of domestic violence.

Before joining the police, he was a member of the military police, according to his personnel file. He also worked at a security company and two restaurants, including McDonald’s.

J. Alexander Kueng, 26, was one of two agents who controlled Floyd by sitting on top of him. He has been accused of aiding and abetting and reckless behavior leading to death. He was only officially employed since December, after a 10-month internship. According to his lawyer, he was in his third shift. Chauvin was his mentor.

Kueng received a bachelor’s degree in sociology from the University of Minnesota and, during his interview with the police, said that he worked at the security department store chain Macy’s from 2014 to 2017. He is fluent in the Russian language.

Thomas Lane, 37, was the other agent controlling Floyd. He, too, has been accused of complicity in manslaughter and reckless behavior resulting in death. And he also started an internship with the police in February last year. According to his lawyer, he was only officially employed for four days when the drama happened to George Floyd.

Lane did have experience. He received a bachelor’s degree in criminology from the University of Minnesota in 2016 and has already worked as a guard in a juvenile detention center and assistant probation officer.

Previously, he worked as a bartender, waiter, and at DIY store Home Depot. He also volunteered according to his application file. He is said to have tutored young people from Somalia and helped them with their homework.

Tou Thao (34) was the fourth (now ex-) agent and, like Chauvin, is known from the video about the arrest of Floyd. He was allowed to watch as his colleagues kept the black man on the ground and, like Kueng and Lane, has been accused of aiding and abetting and reckless behavior. He has been in the police since 2012.

Six complaints have already been filed against the man during his career. One of them is still open, and the other five have been classified. Thao used to work as a security guard, rack filler at a grocery store, and trainer at McDonald’s. He trained to progress further with the police but did not complete it.

Among other things, Thao speaks Mong, the language of a people of the same name who lives in China, Vietnam, and Laos, but also has a large population in Minnesota.