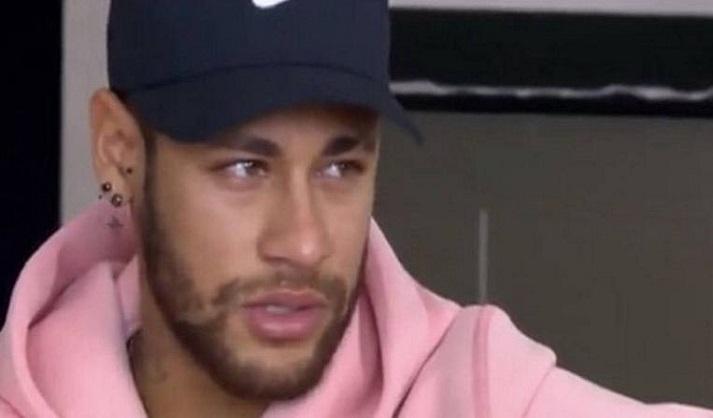 “It is very difficult, honestly to talk about Messi.” In an interview with the Brazilian TV program Rede Globo’s Esporte Espetacular, Neymar promptly got tears in his eyes. The PSG-vedette had nothing but praise for his former Barcerlona teammate.

Messi and Neymar shared the Catalan dressing room for four years, three Copa del Reys, two La Liga titles and one final victory in the Champions League. Two magicians in Camp Nou, the one that is even lower than the grandmaster. Until the wealthy owners of PSG in the summer of 2017 suddenly put the lump sum of 222 million euros on the table. Neymar went to the less attractive Ligue 1.

But his buddy has not forgotten Neymar at all. In an interview with the Brazilian television program Rede Globo’s Esporte Espetacular, the 27-year-old star got the crop in the throat. “It is very difficult, honestly to talk about Messi. He was extremely important to me in Barcelona. Everyone can know this. Especially after my arrival, I had a hard time in Spain. At that moment the best footballer in the world reached out and said.” Come here, because I am ready to help you always. “He also gave me advice not to be shy. Certainly not against him.”

So Neymar and his teacher could indeed go through one door. Even more: they were buddies on and off the field. This is rumored that the Brazilian, just because of Messi, was looking for the exit – so to speak only in the spotlight – referred to the trash. Something father Neymar da Silva Santos Sr. confirmed this weekend. “My son did not leave Barca because he was in the shadow of Messi. The emir of PSG just wanted a new star in an ambitious team. We liked to listen to that proposal. The rest is history.”

Since the departure of Neymar to the City of Light, the rumors have been rampant that he is missing Barcelona. Several media even reported a few months ago that he let his entourage know to prepare a return. That he occasionally visits his ex-teammates, only cranks the gossip mill. His response: “Yes, I occasionally return to Barcelona. I talk to almost everyone there. I have had a good time there. I miss them terribly. But now I am at PSG. And that’s where I stay.”

Messi himself also said earlier about a possible comeback. “It is a difficult situation. We obviously want him to return. Both for Neymar itself and for our changing room. We are friends, we experienced very beautiful adventures. But I do not immediately see him leave Paris. PSG will not just let him go.”

True as a bus, because the speech of PSG chairman Nasser Al-Khelaifi was clear yesterday. Whoever has set his sights on Neymar is likely to return from a bald journey. “No club in the world has to sign up for Neymar,” he told Spanish Marca. “Everyone knows very well that he is not for sale and will not leave our club next summer. We have built up a good relationship with him and his father. One that will last a long time.”

Also, Barcelona president Josep Maria Bartomeu was clear from the other camp last week. “I have spoken to Neymar a few times since his departure. We sometimes see each other. But he never let me know that he wants to return. He’s with PSG, that will not let him go. And we do not want that either. We put everything on Dembele and Coutinho because those were huge investments from the club.”

Neymar is currently recovering in his home country from a fracture of a metatarsal in his right foot. PSG coach Tuchel hopes that the attacker will report in Paris before 6 March. “His presence alone can help us.” There is apparently no communication. “We have written contact. I know that things are going well for him,” says Tuchel. Neymar injured at the end of January when a recovery period of ten weeks was predicted. In 2018, Neymar suffered the same injury and was just in time for a fit for the World Cup after an operation. This time he was not operated, but the doctors opted for a conservative treatment method.

Only at the Africa Cup: Sierra Leone keeper unpacks in historic duel with unorthodox saves and breaks down in tears