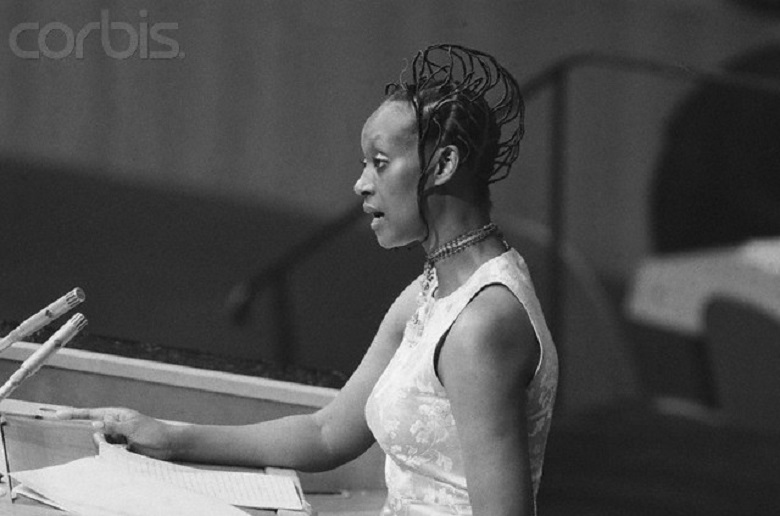 Elizabeth Bagaya of Toro is an African princess whose fate there were countless trials. Still, she emerged victorious from all of them, and her life became a symbol of determination. She built a political career as Minister of Foreign Affairs of Uganda and survived a relationship with the dictator Idi Amin. A lawyer by profession, she also tried herself in acting and went on the catwalk as a top model.

Elizabeth was born in 1936; by birth, she was the princess of the Toro Kingdom, which was part of the British protectorate of Uganda. This allowed Elizabeth to study at Cambridge and became the first East African woman to attend the university. A law degree became a successful platform for Elizabeth’s political career.

In 1967, the kingdoms were abolished, and in the fate of Elizabeth, it was time for a change. She tried herself in the modeling business and immediately got on the covers of such world publications as Vogue, LIFE, Ebony, and Harper’s Bazaar. Elizabeth herself, at that moment she showed by her behavior that black people could realize themselves in any area.

Elizabeth also dabbled in the role of an actress; she starred in the films Things Fall Apart and No Longer at Ease. The issues of both paintings concerned the influence of Western civilization on the culture of Nigeria.

In the 1970s, dictator Idi Aman, nicknamed Hitler of Africa, established power over Uganda. He demanded that all residents of the country with Asian roots leave Uganda within 90 days. Elizabeth was offered the position of Foreign Secretary and the role of wife.

She refused to become a wife and, next, lost a high position. After these events, Elizabeth was kept under house arrest for a long time, she miraculously managed to escape, and she was able to return to Uganda only in 1980.