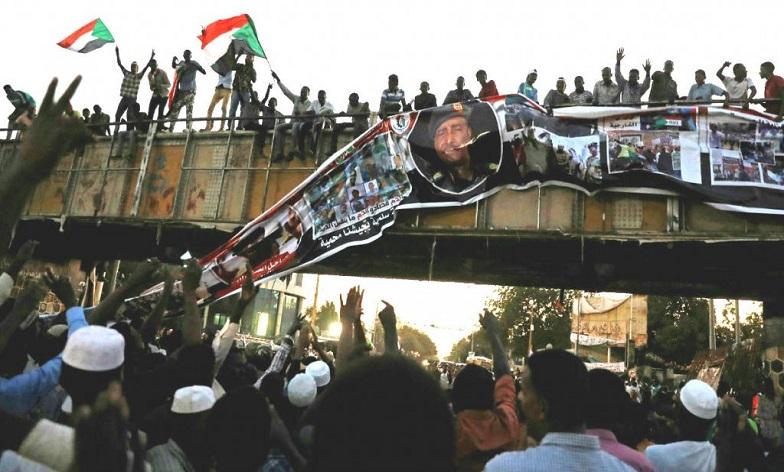 In Sudan, the protesters announced Sunday the suspension of talks with the Transitional Military Council and called for the intensification of demonstrations for the formation of a civilian government.

Speaking to thousands of supporters gathered in front of the army headquarters in Khartoum, the capital, they urged the protesters to continue the peaceful sit-ins.

They asked them to intensify the protests until the military handed over power to a civilian government. According to a spokesman for the protest movement, Mohamed al-Amin, the Transitional Military Council is nothing but an extension of Omar al-Bashir’s regime.

Mr. Amin says a civilian government will be formed in the coming days. “We are suspending our discussions with the Transitional Military Council, which we see as an extension of Omar al-Bashir’s regime,” he said, addressing thousands of people gathered in front of the military headquarters.

The head of the Transitional Military Council, General Abdel Fatah Burhan, has increased the pressure on the protesters by condemning the “blockage of roads” in the capital. He refers to the checkpoints established by the demonstrators near the army headquarters.

On Saturday, the military leaders and protest leaders had discussions that they had decided to pursue. Earlier in the day, General Burhan reported on Sudanese national television about his “commitment to hand over power to the people”.

The Sudanese had been protesting since last December against the rise in the price of bread and demanded the resignation of President Omar el-Bashir.

The latter, in power for 30 years, was dismissed on April 11 by the army. He is being held in Khartoum, in Sudan, according to officials of the National Transitional Council.

High-ranking allies of Omar al-Bashir, including senior Saudi intelligence officers, were reportedly arrested over the weekend. At the same time, more than 130 million US dollars – about 75 billion CFA francs – were found in the home of the former head of state, according to the country’s judicial authorities.

The Attorney General of Sudan claims that Omar al-Bashir, who is being held in a high-security prison in Khartoum, in Sudan, is currently under investigation for money laundering.