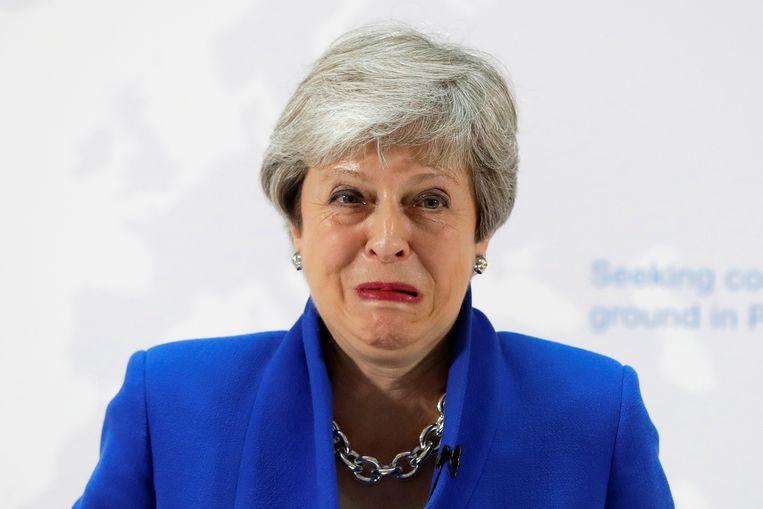 The concessions that British Prime Minister Theresa May offered to Parliament yesterday in exchange for support for her Brexit deal seem to be falling on a cold stone. At least 20 MPs from her own Conservative Party who previously supported the Prime Minister’s Brexit agreement do not want to do so now. Even within her government and with the opposition, May is going through a hard time.

Yesterday, British Prime Minister Theresa May, who has been plagued, made another turn in the Brexitsaga. Because her deal with the European Union is not affected by parliament, and time is running out, she is now taking a different approach: in exchange for support for the “Withdrawal Agreement Bill”, the law necessary to finally transpose the divorce agreement into British law, she is willing to make a dozen concessions.

The most striking is the promise to allow a vote on a second Brexit referendum. She thinks that this is not a good idea, but she has heard “the sincere feelings” in parliament and is therefore tacking, she said. In this way, May hopes to get more MPs from her own party and Labor across the bridge.

“She betrays the result of the 2016 referendum and everything she has said since she was prime minister,”

Party member of Theresa May

But the offer seems to fall on a cold stone. According to the British newspaper The Guardian, at least twenty of May’s party members have said they do not want to support the Brexit Act, while they did vote in favor of the Brexit Agreement in parliament. “She betrays the result of the 2016 referendum and everything she has said since she was prime minister,” says one of them, Robert Halfon. The Northern Irish unionists of DUP, who support the May government, called the proposal “a total tangle”.

The opposition is also not warmed up by May’s concessions. For Labor and the Liberal Democrats, the proposals do not go far enough. The promise of a vote on a second referendum without a legal guarantee is not enough, says Labor MP, Peter Kyle.

The Scottish SNP also does not want to support the text, precisely because the Scots do not want a Brexit, says party leader Nicola Sturgeon. “Theresa May said that MPs who voted against the law chose to stop the Brexit. That is exactly what the SNP will do.”

Earlier, it leaked that May’s own government is completely divided over the new demarche of the prime minister. Reportedly, May was willing to make much larger concessions yesterday but had to return from it when several ministers struggled. One of them would have threatened to resign.

Water with the wine

In any case, the prime minister remains determined to present the Withdrawal Agreement Bill to parliament in early June. She wrote to Labor leader Jeremy Corbyn today a letter calling on him to support the text. “I have shown that I am willing to compromise to make the Brexit a reality for the British people. I ask you to also add water to the wine so that we can deliver what both our parties have promised and restored confidence in politics.”

However, Corbyn already told the BBC yesterday that he did not intend to give May back cover. “We will not support a repackaged version of the same old deal.”

“We will not support a repackaged version of the same old deal,” Labor leader Jeremy Corbyn

Tomorrow, the British will organize European elections. In the latest poll by YouGov and The Times, populist Nigel Farage’s Brexit Party is the big winner with 37 percent of the vote, followed by the pro-European Liberal Democrats, with 19 percent. Labor and especially the Conservatives are heading for a huge defeat, with barely 13 and 7 percent of the votes respectively. The Tories would therefore only be the fifth party in the United Kingdom.

The nearly 47 million British who are entitled to vote to send a total of 73 MPs to Brussels. The question is whether they will stay there for a long time. Their country must leave the EU by 31 October at the latest, unless further deferment is requested and granted.