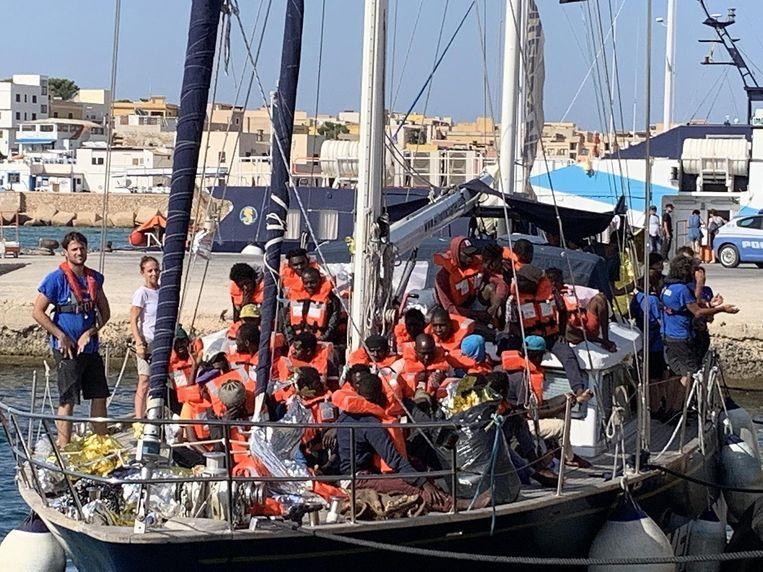 Italy has informed the captain of the boat ‘Alex’, who entered the port of Lampedusa yesterday with over 40 picked up migrants, that he is suspected of complicity in human trafficking. The boat of NGO Mediterranea Saving Humans has been seized and the migrants are aboard Italian media report.

After warnings from Rome on the ship ‘Alan Kurdi’, from the German organization Sea Eye, that boat with dozens of migrants has meanwhile changed course. The Alan Kurdi would no longer go to Lampedusa, but to Malta.

Last week the captain of the German ship ‘Sea-Watch 3’, Carola Rackete, who was arrested in Lampedusa was released by a judge in Agrigento (Sicily). A new session will follow on July 9. Rackete is also accused of complicity in human trafficking.