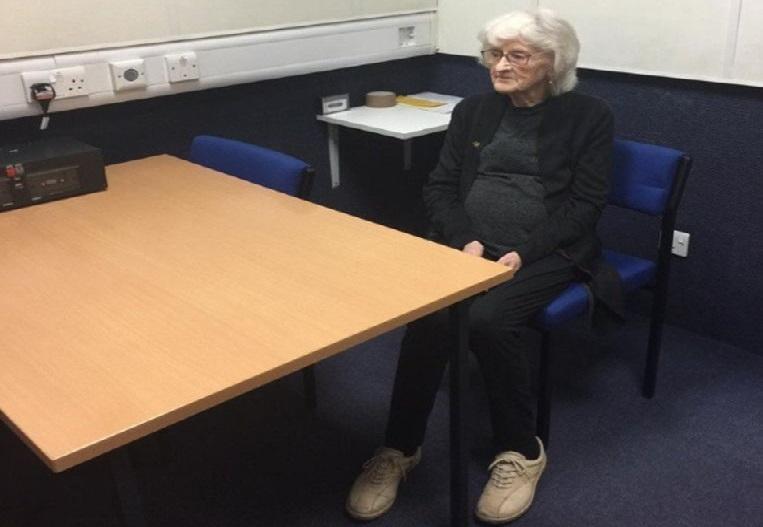 93-year-old Josie Birds from Manchester, UK, has always led a very neat life. Curious about what it feels like to not always be in line, she let herself be entangled last Saturday. The woman was taken to the police station for interrogation.

Josie Birds is struggling with health problems and since she always led a good life, she wanted some excitement and sensation in her old age. It was her great wish to be arrested by the police.

Her answer could not convince the police, and the woman was handcuffed and transferred with a combo to the police station. The officers refused to throw Birds in jail – that went too far for them – but they did teach her a strict interrogation before they offered the lady tea and cakes.

Pam Smith, the woman’s granddaughter, announced the arrest of her grandmother on Twitter. “A big thank you to the Great Manchester police for arresting my grandmother Josie Birds today. She is 93 years old and struggling with health problems and wanted to be arrested before it was too late. She has a heart of gold and really enjoyed it today. Thank you for making her wish come true,” wrote Smith.

The neighborhood residents were all outside with their phones to take pictures of her grandmother being led away by two police officers, Smith continues on Twitter. Her grandmother was very happy all Sunday and couldn’t get over it.

A police spokesman commented on Twitter that he was delighted that Birds had “the total experience” and announced that Smith’s thanks would be transferred to the agents.