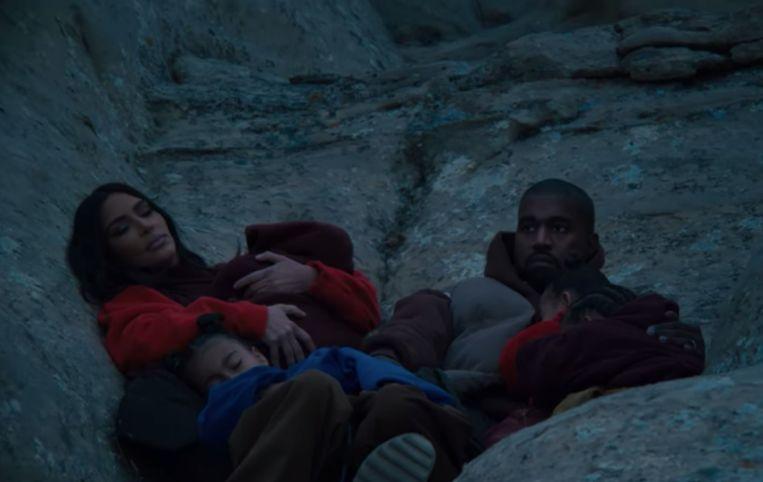 Kanye West launched his new music video ‘Closed On Sunday’ on Thursday. The rapper had asked special ‘actors’ for a role. Wife Kim Kardashian and all their children can be seen in the video.

At the beginning of the clip, Kanye holds his youngest son Psalm and together with Kim, daughter North, son Saint and daughter Chicago he walks through a mountain range. Slowly cars appear from which members of his Sunday Service choir come. Mother-in-law Kris Jenner, sister-in-law Kourtney Kardashian, and her children also show up for his version of Sunday mass.

‘Closed On Sunday’ can be found on his new album Jesus Is King that was released earlier this month. For the album, the rapper was inspired by his faith. Next month Kanye wants to release another gospel record.