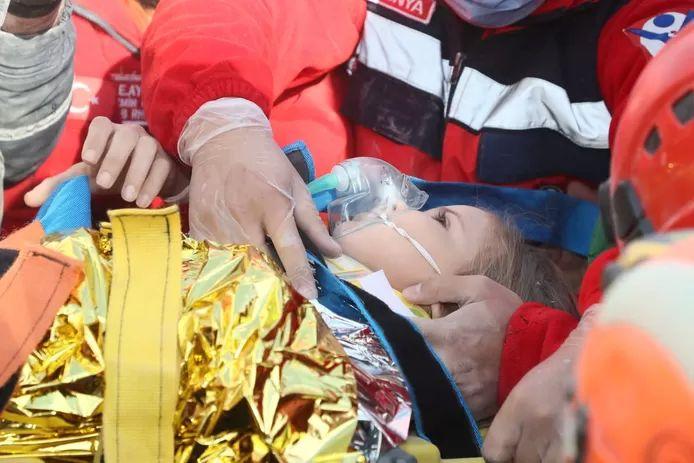 Miracle in Turkey. As much as 91 hours after the Aegean Sea earthquake, Turkish rescue workers saved another life. 4-year-old Ayla Gezgin was removed from the rubble just under 4 days after the earthquake in Izmir.

“We were clearing debris, but then suddenly we heard a scream from underneath the debris,” the rescue team said in a first press statement. “We asked to raise a hand, and in the end we were able to save her safely. She was conscious.”

Izmir Mayor Tunc Soyer called the rescue “a miracle”. “In addition to the great pain of Friday, we have now also experienced this happiness.”

Yesterday, rescue workers were able to rescue a girl of 3 years old, 65 hours after the earthquake. Earlier that day, a 14-year-old was also recovered alive from under the rubble in Izmir. The teenager was taken to the hospital.

According to the Turkish disaster situation authority, about 100 deaths have already been counted after Friday afternoon’s severe earthquake in the Aegean Sea (AFAD). Most of the victims were in the Turkish coastal city of Izmir. There were also 994 injured, 147 of whom are in hospital, AFAD said.

Dozens of buildings have been destroyed, more than 5,000 people are homeless, and are being housed in tent camps. Rescue services continue to search for victims, including in the rubble of five buildings in Izmir province. About 8,000 people and 25 detection dogs provide assistance in the disaster.