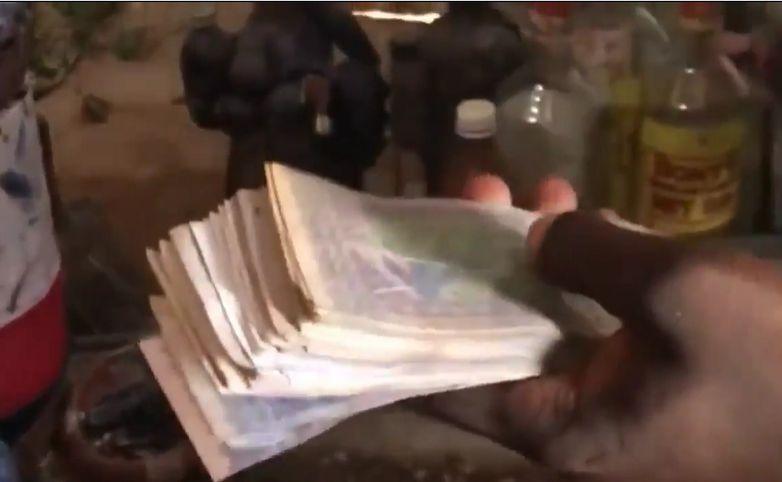 The African magic purse phenomenon has taken the web by storm in Cameroon. Offered on the Internet by so-called Beninese marabouts, these magic purses are said to be capable, according to the latter, of generating banknotes as if by magic. The recipe attracts young people eager for easy success and fuels fantasies in the country.

It has become commonplace in Cameroon, with people on the Internet offering miracle wallets that can duplicate banknotes. This new digital scam is attributed to marabouts – who very often present themselves as coming from Benin, although this assertion is not always true.

This small West African country is known to be the ancestral home of an occult belief, voodoo.

Recently, these 2.0 marabouts have made the Web their main outlet. In Facebook groups, under publications and even in private messaging, they are placing their products by boasting about them.

Sold between 100,000 (approx. $160) and up to more than a million CFA francs (approx. $1,600), according to certain standards and depending on the expected gain. These singular wallets – which, however, are indistinguishable from any other purse – must produce several banknotes every day if their owner agrees to certain sacrifices in return.

For example, in order for the item to live up to its promise, the buyer must use a certain amount of money, set by his or her guru, within 24 hours. Techniques that, according to Professor Herman Nyeck Liport, parapsychologist and specialist in metaphysics, are reserved for the initiated and instrumentalized by some to embezzle money from the naive.

“This phenomenon really exists, but it is reserved for the initiated, and all this is accompanied by pacts because nothing is free in the paranormal. This is to tell you that a real magic purse does not run the streets. Usually, when you have a magic wallet, it doesn’t multiply the number of tickets, but it gives you permanent opportunities to earn money.”

The lure of easy gain

More and more young people, generally in their twenties, are tempted by this shortcut that would lead to financial success. To believe many stories that feed social networks, attracted by the lure of easy money, some have unfortunately taken the bait. Florent M, 29, promoter of a graphic design company, narrowly escaped it.

“A Beninese marabout contacted me on Messenger to offer me a magic wallet for 500,000 CFA francs ($775). We exchanged. I was interested at the start, but when closing the deal, I retracted,” explained to Sputnik french.

Florent says he was saved thanks to his “Christian values”. In Cameroonian public opinion, the phenomenon lends itself to all kinds of comments. Many, like Laetitia De Bilong, a young saleswoman in a company in Yaoundé, deplore “this new trend which finds fertile ground among the youth, and it is deplorable”. For Max Pascal Owona, the magic purse is a big trap.

Since the appearance of social networks, the phenomenon has tended to become widespread. So-called wealth providers have invaded the Web in search of potential clients interested in their miracle portfolio.

Dahomey Amazons are the most formidable women in history

Top richest men in the Republic of Benin