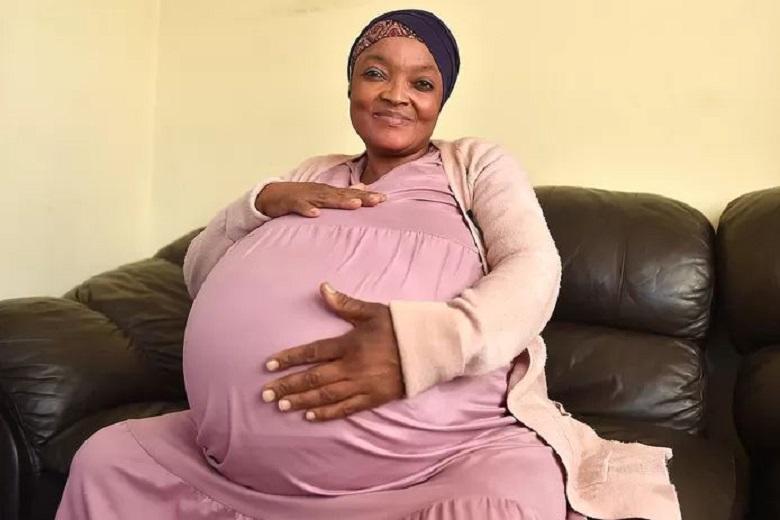 The startling news of the birth of a rare teen in South Africa is not true. This is according to an official investigation by the regional government. According to medical tests, the 37-year-old woman who broke the news through a major newspaper was not even pregnant. Nevertheless, the journalist behind the story goes through the dust in an internal statement. “They had no reason to lie to me about the pregnancy. For me, it was a party story.”

After a period of contradictory statements and strong accusations back and forth, the soap opera that has gripped South Africa for the past few weeks is finally coming to an end. Unfortunately, what started as a feel-good story with only happy parties, quickly turned into an endless and above all inimitable search for ten babies that – as it turns out – never existed. What remains are the fragments of a torn family and a damaged newspaper, around which a great deal of mistrust has arisen.

In an email to the editor-in-chief of the leading ‘Independent Media’, the writer of the story, Piet Rampedi, goes through the dust. “I am sorry for the reputational damage the aftermath of the story has caused to the company and my colleagues in general,” reads the statement, which News24 owns. “I am fully aware that the story and public opinion have placed my colleagues in an awkward position and under enormous public pressure.”

The journalist’s story quickly went around the world, mainly thanks to the memorable photo of a very happy, heavily pregnant lady. Rampedi wrote that Gosiame Thamara Sithole, 37, already a mother of twins, had given birth to three boys and seven girls by cesarean section. Unfortunately, he had no official information. However, he did have good contact with the mother. She, despite all the skepticism of even her own family, stubbornly insisted that she had actually given birth to ten children at once.

Despite all the criticism, Rampedi’s employer remained behind the journalist and spoke of a “huge cover-up” by the health authorities. The health ministry responded “with dismay and great disappointment” and demanded that the media company withdraw those hefty allegations. Then it remained silent for days, but now the journalist admits that he could have handled the story “definitely better”.

“Honestly, I never treated the story as an investigation,” he admits in the email. “That’s why I never requested evidence of the pregnancy, which I would normally do with a research story. There was nothing to investigate, I thought. Judging by the turn of events and the response from the government and our opponents, I was wrong. It wasn’t necessarily a feel-good story. It was an investigative story and should have been treated as such.”

The local government does not leave it alone. It takes legal action against the journalist and his editor-in-chief for reputation damage. “The Gauteng provincial government is deeply concerned about the behavior of ‘Independent Media’, in particular the editor of ‘Pretoria News’, Mr. Piet Rampedi,” spokesman Thabo Masebe told national media.

“It has now been determined by doctors that Ms. Sithole has not given birth to any babies in recent times. It was also established that she was not pregnant recently. It is not clear what will happen to the woman. Earlier this week, she was admitted to a hospital’s psychiatric ward for a mental health assessment. The Gauteng Provincial Government will continue to provide medical, psychological, and social support to Ms. Sithole and provide all the assistance she needs.”