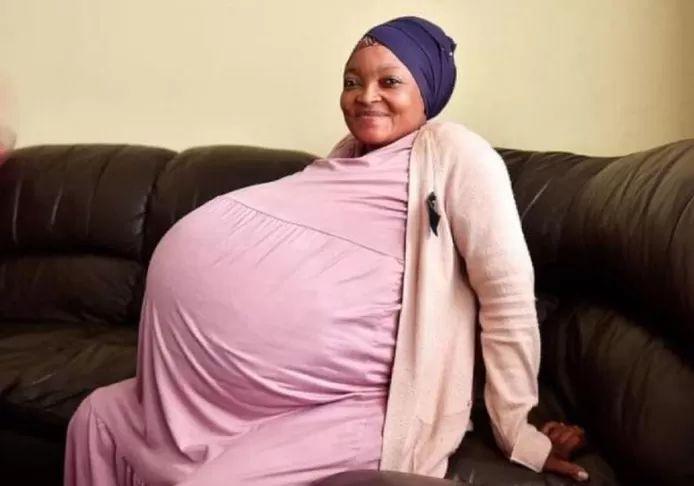 A good week after the sensational news about the birth of decuplet(ten babies) in South Africa, it is still not clear whether the babies really exist. The media company that broke the story speaks of a “huge cover-up” by the health authorities in Gauteng province and is now demanding full disclosure.

Following the news of the decuplet’s birth on June 7 at a hospital in Pretoria, the South African Department of Government Communications spokeswoman issued a statement saying the government could not verify the news in any of its health facilities. The health department of Gauteng province reiterated that statement on several platforms. Other government departments – local and provincial – issued conflicting statements confirming or denying the news.

The spokesman for the provincial government also said he could not confirm the birth of the decuplet. He said the babies had not been found in any public or private hospitals. The Ministry of Health and the CEO of Steve Biko Hospital in Pretoria said there was no evidence that Gosiame Thamara Sithole had given birth in a private or public hospital and that they could not find her or the babies.

Independent Media says it still supports the news about the birth of the decuplet in South Africa. “After the confusing turn of events, we launched a private investigation. It emerged that on Monday, June 7, 2021, Sithole was admitted to Steve Biko Hospital late in the morning and taken to the maternity ward. At about 6 p.m., four doctors and two nurses came to her. She then gave birth to five babies vaginally. The other five were born by Caesarean section. It concerns seven boys and three girls,” said the independent online (IOL) news site on Wednesday evening.

The mother remained in hospital in Pretoria until Friday, June 11, according to Independent Media. “The day before, she was transferred to a spare room in the ward for mothers whose babies are still hospitalized. She was given bread and tea in the morning but nothing for the rest of the day. She also received no medical or psychological help.”

According to the media company, the information has been confirmed by several independent sources, including hospital employees. “We are willing to hand over the information to law enforcement officers if requested.”

In light of the private investigation results, Independent Media is calling for an “urgent investigation” into the actions and statements of the CEO of Steve Biko Hospital, the Gauteng provincial government and the head of the health department regarding the birth of the teen.

“We are calling on the national government to determine whether there was criminal behaviour in covering up failed clinical care for Ms. Sithole and her babies, as it appears that Steve Biko Hospital was not fully prepared for the births. This increases the chance that there was extreme medical negligence.”

Independent Media says it is “more than shocked” at the treatment of Sithole. “She was given no food, no support, no post-natal medical care and no postpartum support. The birth of 10 babies is exceptional and should have been well prepared,” the media company said.

“Instead, the mother was pressured by hospital authorities to say she was not at Steve Biko Hospital. Ms. Sithole has suffered trauma – physical and mental – following her treatment by both hospital and government agencies.”

The company demands “complete disclosure” and wants the hospital to tell the outside world what happened to the babies.

The news of the birth – a world record – sparked “an orchestrated campaign to discredit the mother, the editor of Pretoria News, Independent Media and her chairman with allegations it was fake news,” the media company said. It’s not, and we’re sticking with our story,” Independent Online reports.