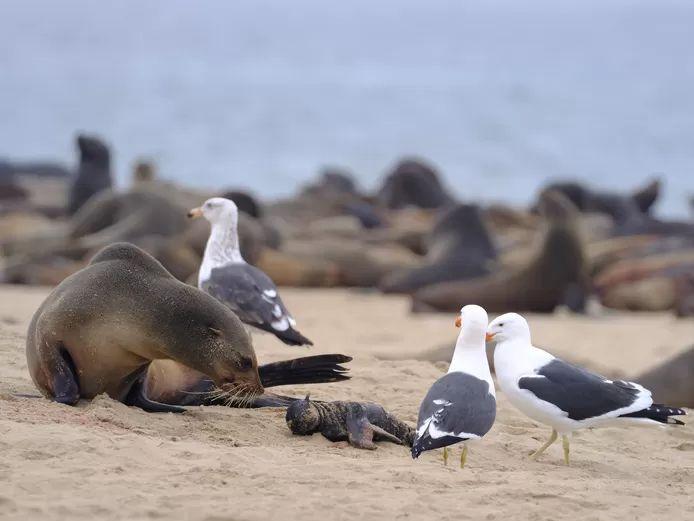 Thousands of dead seals on Namibia’s beaches are a mystery to conservationists. In recent weeks, the carcasses of as many as 5,000 to 7,000 newborn seals and thousands of adult animals have washed ashore.

That happened at the port city of Walvis Bay. Near that town is Pelican Point, a normally very popular tourist destination known for its mighty seal colony and pod of dolphins.

The cause of the mass deaths is unknown. Starvation may be a cause. Robben has a habit of abandoning or aborting their young when there is a lack of food.

The young animals are normally born from mid-November to mid-December. But in addition to an enormous number of puppies, more and more female adults have also washed ashore in recent days.

There could also be other reasons for the tragic unusual event, such as toxins in the water or perhaps a disease.

Nothing can be excluded for the time being. Animal protectors are trying hard to map out the extent of mortality with drones. In the meantime, they mainly look for answers: ‘what the hell is going on here?’.