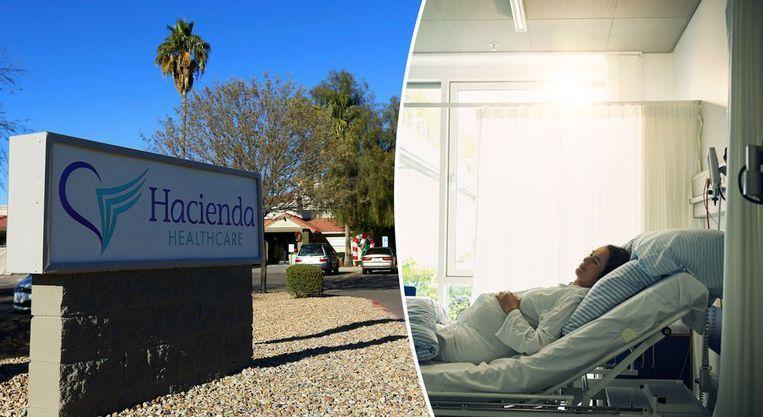 A nursing home in the U.S. State of Arizona risks losing its license after a true horror story from the institution came to light for the second time in six months. Early this year, Phoenix police began an investigation into Hacienda HealthCare after a resident who had a limited consciousness for 26 years suddenly gave birth to a child. DNA tests showed that a nurse was the father. And now there is another scandal.

The Department of Health of the state of Arizona announced on Friday its intention to withdraw the permit from the healthcare institution. It relied on the findings of a recent study and “an extremely worrying incident regarding patient care” that came to light last week, reports CBS News. According to the statement, immediate action had to be taken to protect the residents of the home.

It was a respiratory therapist who, according to a report, sounded the alarm after seeing 6 to 12 maggots – the white larvae of a fly – on Wednesday under the connection of one of the patients with a stoma. The 28-year-old man was immediately taken to a hospital. According to the personnel there, the maggots were “probably the result of inadequate and poor hygiene”.

T he spokesperson for the nursing home admits that maggots were found in a 28-year-old male resident. David Leibowitz told the Arizona Republic

newspaper that “a small number” of maggots were discovered on Wednesday and Thursday – after he had been to a local hospital – “a few more”. He insisted that no maggots had been found on other patients and that there was nothing to indicate that it was a “fundamental problem.”

“Pest controllers have scoured the home twice in recent days,” the man told news site HuffPost. “A contractor has also started installing fans at the entrances to keep insects such as flies out. They can come in differently and lay eggs, which may have created this situation.”

If the Hacienda HealthCare permit is effectively withdrawn, that does not mean that the institution must close its doors immediately. It then comes under stricter state supervision. Arizona wants to avoid that all patients have to be relocated. In the home – which has 134 beds – people with intellectual disabilities are mostly taken care of.

At the end of December, the institution already came to the attention when a resident (29) who had been in a limited consciousness for 26 years after an accident – long referred to as her “comatose woman” – suddenly gave birth to a son.

All the male staff had to undergo a DNA test and at the end of January, a 36-year-old male nurse was arrested who turned out to be the father of the child. He is suspected of being raped. The man has been working there since 2011 and the police are also investigating whether he committed other facts. The man himself pleads innocently.

The director of the institution resigned, together with a doctor. Another doctor was suspended. There were also plans to close the home.

The institution now has 30 days to challenge the decision to revoke its license. If that does not happen, Hacienda HealthCare will lose its license on July 16.