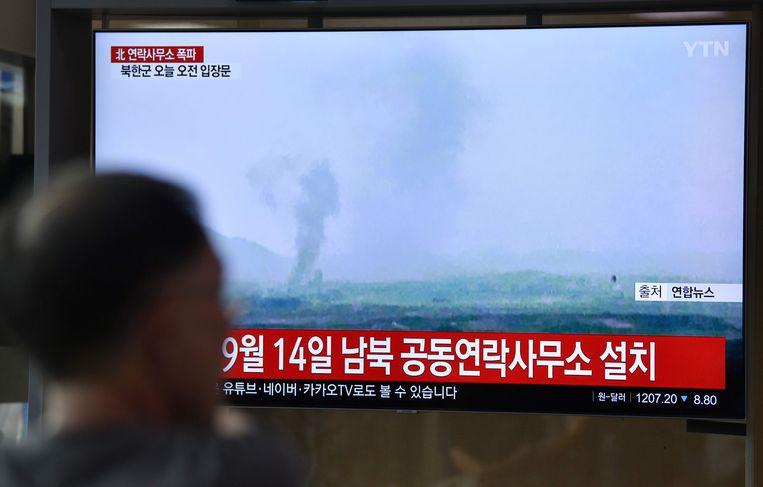 North Korea has blown up the liaison office with South Korea in the Kaesong border. This was declared by the South Korean Ministry of unification and confirmed shortly afterward by North Korea.

The North Korean army warned earlier today to take action if defectors from the country continue to send pamphlets with propaganda messages across the border from South Korea. The Korean People’s Army has prepared an “action plan” to withdraw parts of the demilitarized zone between the two DPRK and “turn the front line into a fortress”.

The explosion occurred at 2:49 pm local time, a spokeswoman for the Ministry of Unification in Seoul said. Further details are not yet known.

Earlier, there were reports of an explosion in the area. The agency was opened in September 2018 in the North Korean border village of Kaesong. It was part of the rapprochement between the two Koreas.

The aim was to improve communication between the two countries. North Korea had already announced that it would close the office.

According to North Korea, the destruction was in line with the anger of the people and the will “to make sure human scum and those who protected the scum pay dearly for their crimes”, according to the North Korean state Bureau KCNA, referring to the leaflets’ transmitters.

“Our military will promptly and thoroughly execute every decision of the Party and government,” KCNA quoted the North Korean military leadership earlier today.

The report follows days of mounting tension between Pyongyang and South Korea. The regime criticized Seoul last week for its pamphlets that are regularly sent across borders. These are often flyers criticizing dictator Kim Jong-un that is attached to balloons or launched into bottles.

The demilitarized zone between the two countries is a buffer strip 4 kilometers wide and 250 kilometers long.

North Korea is enraged by propaganda practices and has announced, among other things, that it will close all communication lines with its southern neighbor. Kim Yo-jong, Kim’s sister and one of the most influential people in North Korea, said on Saturday that she ordered the army to prepare for an unspecified “next action”.

The South Korean Ministry of Defence has called on Pyongyang to abide by an agreement of 2018 in which the army leadership of both countries, among other things, undertook to stop ‘all hostile acts’. “We are taking the situation seriously,” said a South Korean Defence spokesman. “Our army is ready to respond to any situation.”

The government in Seoul announced last week that it had reported two groups of defectors who were distributing the pamphlets. This would increase tension between neighboring countries and thus also endanger the inhabitants of the border areas.

However, both groups have said they want to continue their planned campaign next week. South Korea’s President Moon Jae-in called on the Pyongyang regime to restart dialogue with his country on Monday.