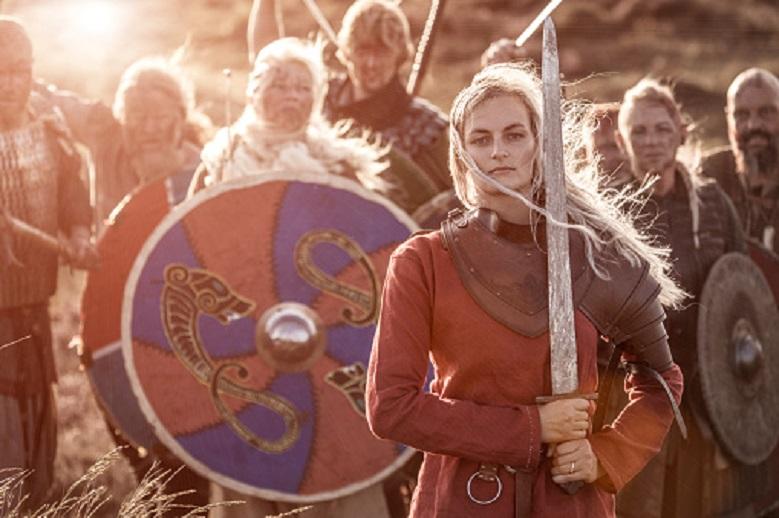 No, not all Vikings were blonde, and not all of them had long beards. Moreover, although the word “Viking” comes from the Scandinavian term “vikingr” (pirate), not all Vikings came from Scandinavia. This is what Danish and British researchers write in a new study published in the journal Nature.

‘We have this image of Vikings trading, feasting, and looting and fighting many European kings,’ said researcher Eske Willerslev. A stigma that is not correct at all, according to the researcher. Willerslev’s research team is affiliated with the universities of Cambridge and Copenhagen and analyzed 442 skeletons of Vikings buried across Europe and Greenland. The conclusion is that the Viking ship should not be limited to people with ancestors from Scandinavia.

Since Vikings didn’t all have the same ancestors, they didn’t all look the same. The men with blond locks and long beards might as well have brown hair. “Until now, we didn’t really know what Vikings looked like,” Willerslev explains. “However, we found genetic differences between different Viking populations in Scandinavia.”

Still, according to Willerslev, there are significant gene spreads to Scandinavia from southern Europe and Asia before the Viking Age is believed, to begin with, the sack of Lindisfarne Monastery on Britain’s northeast coast in 793.

Over the next three centuries, the Scandinavian diaspora set up settlements and trading posts from the Americas to the Asian steppe. “Across that huge area,” says Soren Sindbaek of the Moesgaard Museum in Denmark, “the Vikings have spread ideas, technologies, and languages.”

Based on the DNA analysis and a comparison with modern populations, the researchers found that the Vikings showing genetic similarities to contemporary Danes and Norwegians generally moved west in their raids and to trade, while “Swedish-like” Vikings mostly moved east.

While there were Vikings who carried out brutal raids into Russia and the Middle East and also engaged in the slave trade, they also founded a city like Dublin in Ireland. They gave the name “Normans” to the Normandy region of France. In the 9th century, they founded Kievan Rus, a forerunner of the Russian state. Their achievements thus arouse admiration as much as their boldness and impertinence have instilled fear.

In addition, the researchers found that some men were buried as Viking, while no genetic similarities were found at all. For example, skeletons were buried in Scotland with “swords and other artifacts of the Vikings” before mixing with Scandinavians.

“So people with two genetically British parents also had Viking burials,” says researcher Daniel Lawson. “This underscores a completely different side of the cultural relationship than just the robberies and looting that Vikings are known for.” Perhaps the “brutal looters” were not only feared but adored.