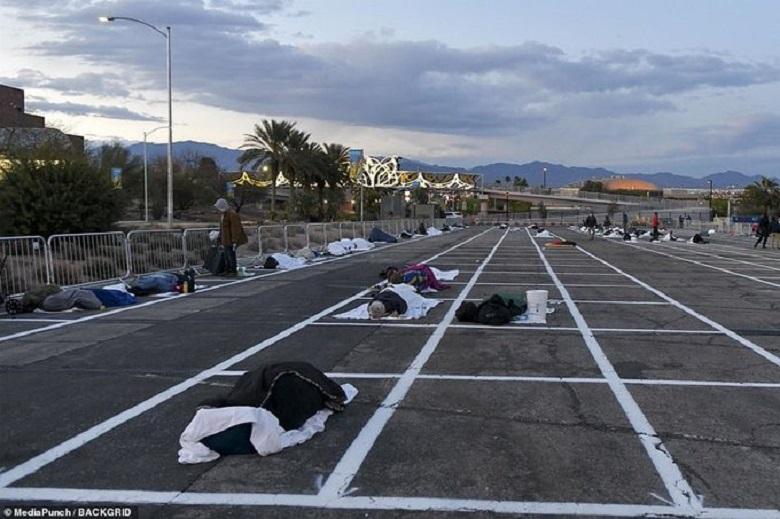 In the U.S., images of homeless people forced to sleep in a Las Vegas parking lot have provoked angry reactions. The city government says it is “an emergency” and that it is the best option after a shelter had to close due to the coronavirus crisis. However, 150,000 hotel rooms are empty, critics say.

Homelessness is a major problem in southern Nevada, where at least 6,500 people have to camp on the streets. Last weekend, local authorities in Las Vegas suddenly had to find new places to sleep for the large population of homeless when a 500-bed shelter had to close its doors after a person tested positive for the new coronavirus.

Fortunately, on Saturday, doctors, students, and volunteers were on hand to help transform a car park into a temporary shelter. Jace Radke, the spokesman for the city of Las Vegas, said the authorities had no other choice because the shelters of Catholic charities had also been closed, and another accommodation was already full.

According to officials, when planning the improvised shelter, the rules regarding social distancing were respected. This can also be seen in the boxes that were painted on the site. But photos also show that in some places, the homeless sleep too close together on the floor.

Among others, Julián Castro, former Democratic primary candidate and minister under Barack Obama, voiced criticism. “After criminalizing homelessness this year, Las Vegas is now packing people into concrete grids out of sight,” said Castro. “There are 150K hotel rooms in Vegas going unused right now. How about public-private cooperation (resources) to temporarily house them there? And permanent fund housing!”