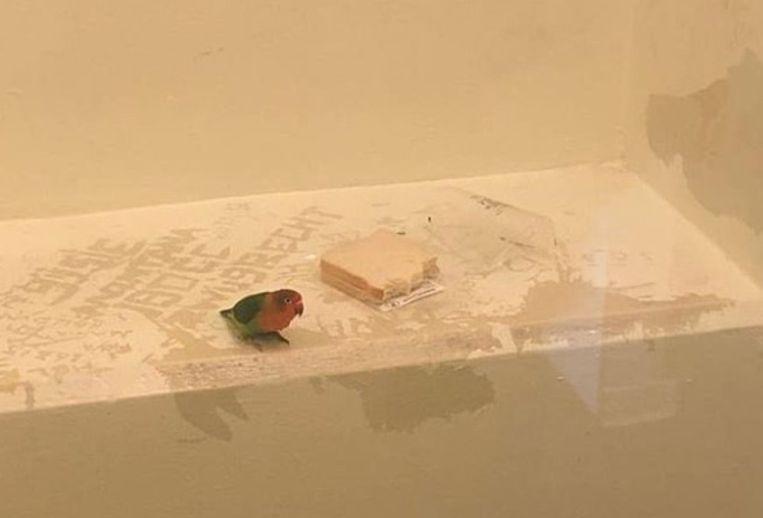 The police of Utrecht locked a remarkable ‘suspect’ in jail last week. The corps shared a photo of a winged prisoner on Instagram.

The police discovered the bird during the arrest of a suspect of shoplifting. The animal was on the suspect’s shoulder. Because the corps does not have “a bird cell or a cage,” the bird was locked up in the cell together with the suspect shoplifter. Both were of course “well cared for,” the police emphasize.

“Hi, this bird sat on the shoulder of a thief we arrested for shoplifting. As we don ‘t have a birdcage, this bird had no other place to stay than in the cell. His owner agreed to this. When the owner was released shortly after, the bird accompanied him. The bird has not been questioned and is as far as we know not guilty of any charges.”