They don’t know what a car, electricity, hamburger, and the United Nations are. Their food is by hunting and fishing; they believe that the gods send rain and cannot read and write—overview of primitive tribes.

Primitive tribes can die with a cold or flu. They are a godsend to anthropologists and evolutionists, but they are dying out. They are wild tribes that have preserved their ancestors’ way of life and avoid contact with the modern world.

Sometimes the meeting happens by chance, and sometimes scientists are explicitly looking for them. For example, on Thursday, May 29, 2008, in the Amazon jungle near the Brazilian-Peruvian border, several huts were found surrounded by people with bows who tried to fire on the plane with the expedition. In this case, experts from the Peruvian Center for Indian Tribal Affairs were sighting around the jungle, searching for savage settlements.

Although recently, scientists rarely describe new tribes: most of them have already been discovered, and there are almost no unexplored places on Earth where they could exist.

Wild tribes live in South America, Africa, Australia, and Asia. According to rough estimates, about a hundred tribes on Earth do not or rarely exposed to the outside world. Many of them prefer to avoid interaction with civilization by any means, so it is rather hard to keep a correct record of the number of such tribes.

On the other hand, tribes that willingly communicate with modern people gradually disappear or lose their identity. Their representatives slowly assimilate our way of life or even leave to live “in the big world.”

Another obstacle preventing the complete study of tribes is their immune system. “Modern savages” have developed for a long time in isolation from the rest of the world. The most common illnesses for most people, such as the common cold or the flu, can be fatal for them. In the body of savages, there are no antibodies against many common infections.

When a flu virus infects a person from Brazil or Mexico City, his immune system immediately recognizes the “attacker” since it has met him before. Even if a person has never had the flu, immune cells “trained” for this virus enter his body from the mother. The savage is practically defenseless against the virus. As long as his body can develop an adequate “response,” the virus may well kill him.

But recently, the tribes have been forced to change their habitats. The development of new territories by modern man and the deforestation of savages, forcing them to establish new settlements. If they find themselves near the settlements of other tribes, conflicts may arise between their representatives. And again, cross-infection with diseases typical of each tribe cannot be ruled out.

Not all tribes were able to survive when faced with civilization. But some manage to maintain their numbers at a constant level and resist the “big world” temptations.

Be that as it may, anthropologists have managed to study the way of life of some tribes. Knowledge about their social structure, language, tools, creativity, and beliefs helps scientists better understand how human development went. Each such tribe is a model of the ancient world, representing possible variants of the evolution of people’s culture and thinking.

In the Brazilian jungle, in the valley of the Maici River, the Piraha tribe lives. About two hundred people in the tribe; are hunter-gathers and actively resist being introduced into the “society.” Unique language features distinguish Piraha.

Firstly, there are no words in it to denote shades of color.

Thirdly, Pirah people do not know the numbers and the words “more,” “several,” “all,” and “each.” One word, but pronounced with different intonation, is used to denote the numbers “one” and “two.” It can mean “about one” and “not very many”.

Due to the lack of words for numbers, peers cannot count and cannot solve the most simple mathematical problems. They are unable to estimate the number of objects if there are more than three. At the same time, the Pirah does not show signs of a decrease in intelligence. According to linguists and psychologists, their thinking artificially limits by the peculiarities of the language.

The Pirah have no myths about the creation of the world, and a strict taboo prohibits them from talking about things that are not part of their own experience. Despite this, the Piraha are pretty friendly and capable of organized actions in small groups.

The Cinta Larga tribe also lives in Brazil. Once the number of the tribe exceeded five thousand people, it has decreased to one and a half thousand. The minimum social unit for Cinta Larga is the family: a man, several of his wives, and their children. They can freely move from one settlement to another, but they often found their own house.

Cinta Larga is engaged in hunting, fishing, and farming. When the land where their house stands becomes less fertile or the game leaves, Cinta Larga’s forests are removed from their place and look for a new site for a home.

Each Cinta Larga has several names. One – “real name” – each member of the tribe keeps a secret; only the closest relatives know him. During Cinta Larga’s life, they receive several more names, depending on their characteristics or significant events that happened to them. Cinta Larga society is patriarchal; male polygamy is widespread in it.

Cinta Larga suffered greatly due to contact with the outside world. In the jungle where the tribe lives, there are many rubber trees. The rubber gatherers systematically exterminated the Indians, claiming that they were interfering with their work.

Later, diamond deposits discover in the territory where the tribe lived, and several thousand miners from around the world rushed to develop the land of Cinta Larga, which is illegal. The tribe members themselves also tried to mine diamonds.

Conflicts often arose between savages and diamond lovers. In 2004, 29 miners were killed by the people of Cinta Larga. After that, the government allocated 810 thousand dollars to the tribe in exchange for a promise to close the mines, allow police cordons to set up near them, and not independently mine stones.

3. Tribes of the Nicobar and Andaman Islands

The Nicobar and Andaman Islands group is located 1400 kilometers off the coast of India. On the remote islands, six primitive tribes lived in complete isolation: the great Andamans, Onge, Jarawa, Shompens, Sentinelese, and Negritos. After the devastating tsunami in 2004, many feared that the tribes would disappear forever. However, later it turned out that most of them, to anthropologists’ great delight, escaped.

The tribes of the Nicobar and Andaman Islands are in the Stone Age in their development. Representatives of one of them – negrito – are considered the most ancient inhabitants of the planet, surviving to this day. The average height of a Negro is about 150 centimeters, and even Marco Polo wrote about them as “cannibals with dog faces.”

Cannibalism is a fairly common practice among primitive tribes. And while most of them prefer to find other food sources, some have kept this tradition—for example, Korubo living in the western part of the Amazon Valley. Korubo is a highly aggressive tribe.

Hunting and raiding neighboring settlements are their primary means of subsistence. Korubo’s weapons are heavy clubs and poison darts. Korubo does not practice religious rites, but they have a widespread practice of killing their children. Korubo women have equal rights with men.

The most famous cannibals are, perhaps, the tribes of Papua New Guinea and Borneo. Cannibals of Borneo distinguish by cruelty and promiscuity: they eat both their enemies and tourists or older people from their tribe. The last upsurge in cannibalism was noted in Borneo at the end of the past – the beginning of this century. These happened when the Indonesian government tried to colonize parts of the island.

In New Guinea, especially in its eastern part, cases of cannibalism are much less common. Of the primitive tribes living there, only three – the Yali, Vanuatu, and Korowai- still practice cannibalism. The cruelest tribe is the Korowai, and the Yali and Vanuatu eat someone on rare occasions or when necessary.

Yali, also, is famous for their death festival, when men and women of the tribe paint themselves in the form of skeletons and try to please Death. Previously, for loyalty, they killed the shaman, whose brain eat by the leader of the tribe.

The dilemma of primitive tribes is that attempts to study them often lead to their destruction. Anthropologists and simple travelers find it difficult to give up the prospect of going back to the Stone Age. Also, the habitat of modern people is constantly expanding. Primitive tribes managed to carry their way of life through many millennia; however, it seems that in the end, the savages will join the list of those who could not stand the meeting with modern man. 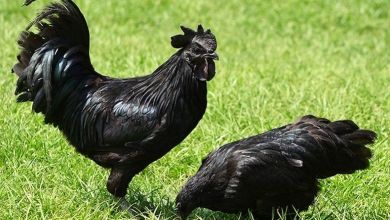 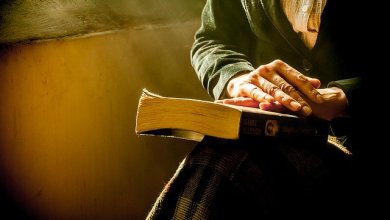