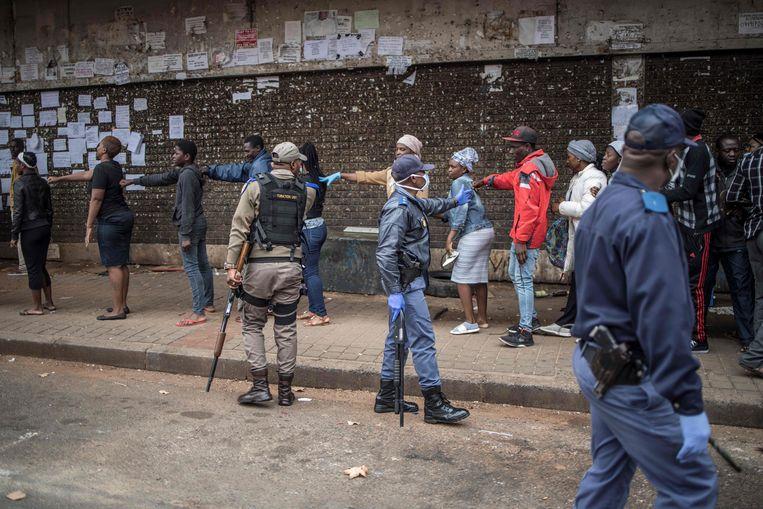 More than 70,000 soldiers will be deployed to South Africa to enforce the lockdown measure decided to try to stem the coronavirus pandemic.

President Cyril Ramaphosa announced at a time when South Africa is recording 3,465 confirmed cases and 58 deaths from the coronavirus. South Africa is the second African country with the highest number of cases after Egypt.

South Africa has put in place strict containment restrictions during this time of health crisis. But the security forces are struggling to enforce them. Since March 27, only essential service providers, such as health care workers, retail workers, financial services workers, journalists have been allowed to continue working.

Companies providing essential services have applied to the government for a special permit that allows their staff to exit. Restrictions include a ban on jogging outside, selling alcohol or cigarettes, walking dogs, leaving the house except for essential trips.

After the ban on the sale of alcohol, there was a wave of looting of liquor stores. Some police officers were allegedly involved in the illegal sale of restricted items. In early April, police were arrested for purchasing alcohol and escorting pickup trucks full of alcoholic drinks.

Despite strict lockdown measures in South Africa, the number of new confirmed cases are increasing. In a letter to Parliament on Tuesday, President Ramaphosa said he had decided to deploy 73,180 additional troops to enforce containment. Containment restrictions are in effect until Thursday, April 30.

He also announced a $26 billion economic assistance plan to protect businesses and three million workers during this period of the coronavirus pandemic. In a televised speech, he said aid was 10% of South Africa’s total GDP.

Two thousand two hundred eighty soldiers had already been removed from the barracks at the start of the containment period 27 days ago. But the announcement of this latest military deployment worries and has been criticized by some South Africans.

It is the most important for national purposes since the establishment of post-apartheid democracy in 1994. Some South Africans say the country could resemble a “police state”.

More than a dozen soldiers are already under investigation for brutality against civilians during efforts to enforce containment measures. The soldiers reportedly killed a man in the township of Alexandra, north of Johannesburg.