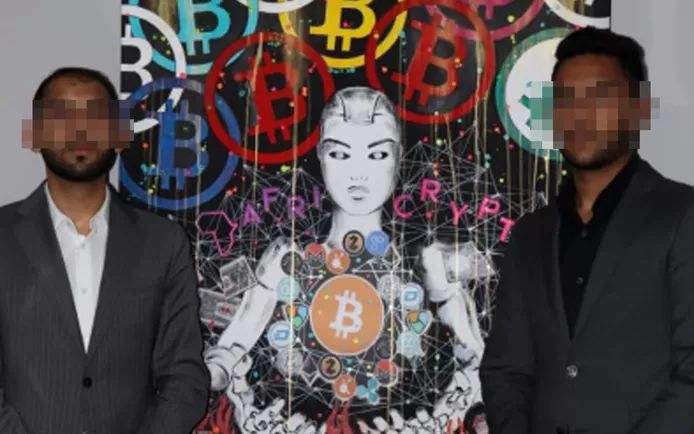 Two South African brothers accused of the biggest crypto heist in history deny they stole bitcoins worth $3.6 Billion. One of the brothers told The Wall Street Journal that they were hacked and then went into hiding because they fear their lives.

Ameer and Raees Cajee, two South African brothers, aged just 18 and 21, let their wealthy clients invest in bitcoins through their investment company Africrypt. In April, however, customers received an email explaining that the company had been hacked. They were asked not to inform the authorities because that would make recovering the crypto coins more difficult.

However, some clients did engage a law firm. This filed a complaint with the South African police. According to the complaint, the brothers made off with 69,000 bitcoins in April. At the bitcoin price at the time, they were worth more than $3.6 Billion – $3.0 Billion at the current exchange rate.

The Wall Street Journal managed to speak to Raees Cajee (21), Chief Operating Officer of Africrypt. He says the insane amount is wrong. “At our peak, we only had a little over $200 million under management,” says Raees. “Only five million dollars of that has disappeared.”

Raees claims that the brothers are not on the run but in hiding after death threats. Their lawyer, John Oosthuizen from Johannesburg, previously told the BBC. According to him, the brothers did not call the police because of “very little life experience” and because they feared for their lives. However, when Coindesk later contacted the same lawyer, he was fired by the brothers.

Bitcoin and Ethereum at highest level in more than two months

Hackers from Anonymous have had enough of Elon Musk: “We’re coming after you”