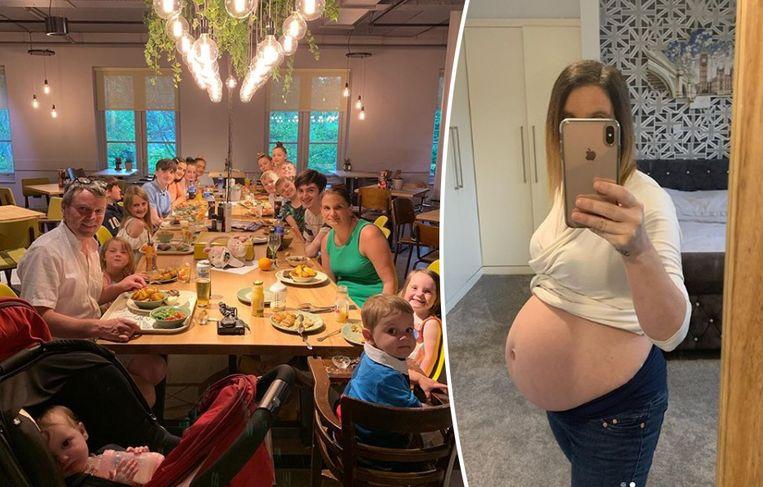 A British mother who is 30 weeks pregnant with her 22nd child has proudly shown her baby belly to her followers on Instagram. According to Sue Radford (44), her daughter, who is coming up, is doing very well. She also posted that she was proud “that 22 children have already grown in this belly”.

On YouTube – where the family has more than 140,000 followers – Sue said last weekend that the baby in her belly is nicely on average in terms of height and weight. “She is doing great,” it sounded. “And there is still time enough for a final growth spurt.”

Sue Radford was barely 13 when she first became pregnant with Noel, the love of her life, which she got to know at the age of 7. At the age of 14, she gave birth to son Chris. Although the couple was very young, it decided to keep the little one. They were adopted and wanted to save their son. Since then, they have had a new child almost every year. In the meantime, the Radford family has the name of being the “largest family in Britain.”

Remarkable: the couple initially intended to keep it with three children. After the 9th, Noel had a vasectomy performed, but it was later undone. With both the 20th and 21st children, the couple swore that it was enough, but every time another one was added.

“They will never stop on an odd number,” daughter Sophie scowled when Sue had just given birth to her 21st birthday. “I really thought Archie would be the last one, but a few months later, Mom told us she was pregnant again,” added daughter Chloe. “They may not be planning to have another baby, but that doesn’t mean it can’t happen.”

The family lives in a former care home and gets around 400 euros a week for food. The family runs a bakery to earn a living and prides itself on not receiving any form of support from the government outside of the children’s money – 200 euros per week.

“We are never bored,” Noel said earlier in an interview. “We have a house full of happy faces, and we love having the children around us. And they also enjoy being part of a large family.”

Sue Radford and Noel now also have four grandchildren. Their daughter Sophie (25) already became a proud mum of Daisy (6), Ayprill (4), and Leo (2) and their son Chris (30), a dad of Maisie.