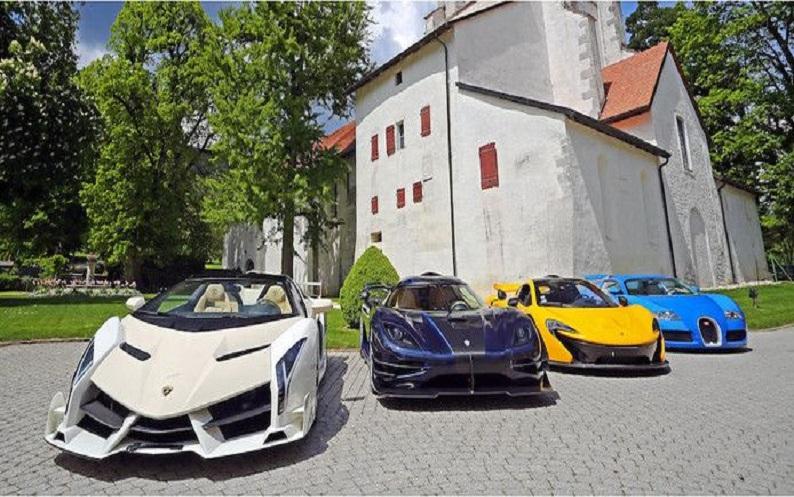 As many as 25 so-called ‘supercars’ are auctioned in Switzerland, the value of which is estimated at over EUR 12 million.

These are special bolides of brands such as Aston Martin, Ferrari, and Lamborghini, but also luxury convertibles and limousines, such as Mercedes-Maybach and Bentley. Most of the cars have less than a thousand kilometers on the counter.

The Veneno is the most expensive car in the collection. This special edition was published on the occasion of the 50th anniversary of the manufacturer in the colors of the Italian flag: red, white and green. This white specimen has less than 325 kilometers on the counter but should yield between four and a half and five million euros.

Of this rare model, launched in 2014, only six are driving around. The auction house hopes that this Swedish bolide will yield between 1.5 and 2 million euros.

The cars originally belonged to the private collection of Teodoro Nguema Obiang Mangue, the controversial vice president of Equatorial Guinea. The son of dictator Teodoro Obiang Nguema Mbasogo – who has ruled the country since 1979 – has been leading the life of a playboy for years.

That lifestyle seems difficult to reconcile with the modest salary that government members receive in the African country. Equatorial Guinea is one of the largest oil producers on the African continent, and it seems that some of these revenues are disappearing into the pockets of the Obiang family. According to Transparency International, Equatorial Guinea has one of the most corrupt countries in the world.

In 2016, the Swiss Justice seized the 25 cars of ‘Teodorín’ because they were bought with community money. In 2017, the vice president was also sentenced by the French justice to three years ‘ probation for embezzling 155 million euros to buy luxury villas and cars. In the United States, he also had to give up a beach house in Malibu, a private jet and a racing car with a combined value of over 62 million euros.

The Swiss authorities have promised that the proceeds of the auction will be donated to charities in Equatorial Guinea.

If you want to look at the 25 supercars Up Close, you have to be patient. On 27 and 28 September, interested parties can visit the luxury Bonmont Golf & Country Club, located at Lake Geneva. The auction itself takes place a day later in an ancient abbey on the site.

Anyone who finds that too far away can also read the supercars online catalogue.