Temples, cathedrals, churches, and chapels are sacred places for religious people and a terrific tourist attraction. There are churches in almost all world cities, and most of them are distinguished by interesting and unusual architecture just because they are churches. We tried to select the five most beautiful cathedrals in the world. It turned out or not – judge for yourself.

Of course, we could not ignore the largest religious building in the world – St. Peter’s Cathedral, which is the centerpiece of all Christianity. The edifice is truly enormous – it occupies more than two hectares and can hold up to 60,000 people at a time.

There was already a church built by Rome, Constantine, in 324 AD on the present cathedral site. That church stood for about 1200 years until they decided to convert it into the largest cathedral. All the most prominent figures of the Renaissance Era took part in the construction.

With a difficult, pronounce name, this church was built in Reykjavik between 1945 and 1986. With a height of 244ft, it is one of the tallest structures in all of Iceland and is located precisely in the center of the capital to be seen from all town points. Guðjón Samúelsson was appointed as the chief architect of the project.

The Icelandic Church (literal translation: church of Hallgrimur ) received its strange name in honor of the poet and cleric Hallgrimur Petursson. The appearance reminds of geysers, of which there is a massive number in Iceland.

By the way, a description of such towers can be found in Tolkien in The Lord of the Rings. It is known that the professor borrowed a lot from Icelandic mythology for his trilogy; the architecture of such buildings may also be mentioned in Old Icelandic myths.

Being one of the most identifiable geographic landmarks globally, St. Basil’s Cathedral looks like it just stepped out of a children’s fairy tale book. Construct in 1561 by order of Ivan the Terrible, this magnificent building’s stunning towers and colorful UI dome dominate and define Red Square in the heart of Moscow.

The Church of St. Basil comprises ten different churches linked together and proudly displays many unique and unusual buildings littered with bright colors and swirling patterns. While it is known for its unique exterior, the interior is equally magical as icons and frescoes cover every surface. The Soviets secularized the Basil Cathedral in 1929, and they actually considered demolishing it and are now a great symbol of the country.

Technically, “Hagia Sophia” (from Greek – Church of the Holy Wisdom of God) is no longer a church; now, this Istanbul building houses a museum. The cathedral has a long history – it was originally a Christian church. Then it was rebuilt as part of the Eastern Orthodox Church in Constantinople. After the town surrendered to the Turks in 1453, it became a mosque. Much later, this church was turned into a museum.

The church’s construction was completed in 537 under Emperor Julian the First, and for another thousand years, it remained one of the biggest churches in the world. Today, this church is the most prominent example of Byzantine art, a study for many researchers worldwide.

The Sagrada Familia bears the full name “Temple Expiatori de la Sagrada Família”. Translated, it means “Atonement Temple of the Holy Family.” The cathedral construction began in 1882 and continues to this day. The initial project was developed by Antoni Gaudi, who worked on the project for over forty years. When asked why the design took so long, he replied, “My client is in no hurry.”

The cathedral’s construction was interrupted by the civil war in 1936 when Catalan fanatics destroyed all models of Gaudí. Now construction continues according to the few surviving plans and modern developments. Construction is scheduled to end in 2026, but no one believes that. The building has long been dubbed “The Cathedral, which will never be completed.”

How to have self-control and manage your desires 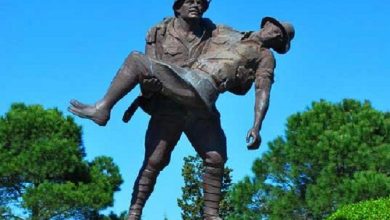