On 26 May the European Parliament elections will take place and we will all have to vote. But also, in other parts of the world important elections are taking place this year, where candidates and voters are fully prepared. We look stubbornly at these five elections in 2019.

In May, citizens from all over the EU will vote for their representatives in the European Parliament. Populist, anti-European parties have made profits since the last European Parliament elections in 2014 in Germany, Austria, Italy, Poland … Recent research shows that immigration is the biggest concern in 22 of the 27 countries that vote. This means that the populists can work with more power in the heart of Europe, just when the EU is very weak.

If the Nigerian President Muhammadu Buhari were to aim for a second term of four years in February, he will have to take into account the bad economy and the continuing threat of the extremist group Boko Haram, which continues to terrorize the north of the country.

Now that nearly half of all Nigerians have access to the online world, the “fake news” that goes viral is another obstacle for Buhari. For example, rumours circulated last year that he would have died and was replaced by a clone from Sudan. In December he strongly denied those accusations.

Israeli Prime Minister Benjamin Netanyahu will aim for a fifth term in the parliamentary elections on 9 April. If the polls, in which his party Likud is in charge, are correct, he will again be elected prime minister and thus become the longest serving prime minister of Israel. Critics say that Netanyahu is leading one of the most right-wing governments Israel has ever known.

Also, the dissolution of the left opposition, on January 1, could play in favour of Netanyahu. However, his party currently holds only a quarter of the 120 seats in the Israeli parliament. This means that after the elections he can be forced to put together a more moderate coalition.

More than 800 million citizens will vote in April or May. For Prime Minister Narendra Modi it will be a big challenge after he won an overwhelming victory in 2014. His Hindu nationalist political party Bharatiya Janata Party (BJP) has passed a large part of the four-year mandate well, but in December elections suffered three unexpected defeats. These results could turn the chances for the opposition parties, including the Congress Party that hopes to benefit from the dissatisfaction about the rising prices and the agitation about the violence in the name of Hindu nationalism.

But that is not the only thing the BJP has to worry about. The BJP would have supported civil servants who argued in a Hindu temple that fertile women between 10 and 50 years of age should not have access to the Hindu Sabarimala temple in the state of Kerala because they would be “unclean”. Nevertheless, the coalition led by Modi is still in the lead in most opinion polls.

Five years after the annexation of Crimea by Russia, the Ukrainians will decide whether they want to keep or replace their anti-Russian president Petro Poroshenko. In November, the Russian army attacked some ships of the Ukrainian navy in the Black Sea. In the aftermath of that escalation, Poroshenko declared emphatically that the elections in March would not be postponed.

However, he could lose those elections from his, also anti-Russian, challenger who is in charge of the polls. The elections are taking place because the Ukrainian economy is suffering, partly due to an economic blockade of important Ukrainian ports by Russian boats.

Bill on Polygamy adopted: Guineans may marry up to 4 women

Rashida made herself strong to Trump: "impeach the motherfucker" 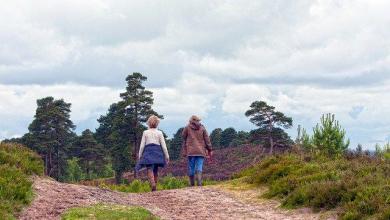