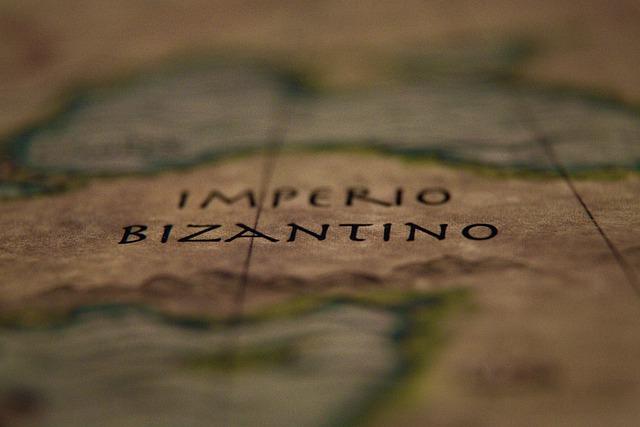 The Byzantine Empire was the dominant Greek-speaking eastern half of the Roman Empire during the Late Antiquity and Middle Ages. Even though this vast empire existed for more than a thousand years, giving rise to rich traditions in art, literature, and science and being a buffer of the Asian invasion of Europe, today, not everyone remembers the great legacy of Byzantium.

Byzantium was an ancient Greek city discovered by Greek colonists from Megara in 657 BC. The town was rebuilt and reopened as the new capital of the Byzantine Empire by Emperor Constantine I in 330 AD and later renamed Constantinople in honor of the emperor.

The legacy of Greece and Rome

Many people ignore or fail to understand that most of the classical literature that has survived has survived thanks to the Byzantine Empire. Most of the works of famous philosophers such as Aristotle and Plato and the historical texts of Ancient Greece and Rome were saved by Byzantine scholars who preserved the ancient traditions of literature and teaching.

The Byzantines loved desserts and sweets more than any food. In their everyday life, they had dishes that today would be called desserts. For example, groat was a sweetened wheat porridge made with milk flavored with cinnamon, honey, and raisins. Also, the Byzantines loved rice pudding with honey and cinnamon. Sugar rose, a famous medieval confection, may have originated in Byzantium.

In Byzantium, flavored wines, a variant of the Roman “Conditum” (spiced wine), were famous. Top-rated were the wines flavored with anise and rose, which are the ancestors of mastic, vermouth, absinthe, and ouzo in modern Greece.

The Byzantines loved seafood; in particular, a trendy dish they called bottarga was the slightly salted and dried mullet caviar. By the 12th century, the Byzantines also began to eat ordinary caviar.

Some fruits were mainly unknown to the ancient European world. However, the Byzantines were the first to use eggplants, lemons, and oranges.

Justinian is considered to be the emperor who made Byzantium a powerful force. He re-conquered parts of the collapsed Western Empire in Africa, Italy, and Spain. He codified the previous Roman laws into one document.

He made Constantinople the most famous and most prosperous city in the world, with a population of over half a million. He also became known as the emperor who built the Hagia Sophia and as the last emperor to use the title of Caesar.

During the reign of Emperor Heraclius I (610 – 641 AD), the military and administrative system of the empire were reorganized, and Greek was recognized as the official language in place of Latin. He was also one of the most prosperous Byzantine emperors and expanded the empire significantly.

The longest continuously reigning Byzantine monarch was Vasily II, the Bulgar Slayer (976-1025). The most memorable story associated with him is the conquest of Bulgaria by Basil: he took 15,000 Bulgarians prisoner. He ordered them all to be blinded and then released them, allocating one-eyed guide for every 100 people.

Empress Irina of Athens (797-802), one of the most powerful women of all time, was not a model of maternal love. Irina blinded her son Constantine VI (780-797) and then locked him for life in the room in which he was born to secure her power over the throne. Irina was the first Greek woman to rule the empire alone. Interestingly, Charlemagne wanted to marry her, but Irina refused him.

The first Byzantine emperor to forfeit the throne in a violent revolution was Mauritius Tiberius. His severity cost him his crown and his life. He refused to allow the troops stationed at the border to return home for the winter. Moreover, he insisted that they do not need to send the enhanced winter rations to feed themselves. The army, led by Phoca, revolted and captured Constantinople.

The longest-running Byzantine dynasty, lasting nearly two hundred years, was also the last imperial dynasty. The Palaeologus dynasty began with Michael VIII, who in 1259 blinded and imprisoned his ten-year-old predecessor (John IV Laskaris) and ended with Constantine XI. He bravely died in battle when the Ottomans took Constantinople.

In 476, the Western Roman Empire fell, and the Eastern Empire became known today as Byzantium. However, the word “Byzantine” did not appear until the 19th century. The inhabitants of this empire called themselves “Romans” from the very beginning of the founding of the Byzantine Empire in 330 AD. and until it fell under the onslaught of the Ottomans in 1453.

The Byzantine navy was the first to use the terrifying liquid in naval battles called Greek fire. The liquid was sprayed onto enemy ships and troops through large siphons mounted on the prows of Byzantine ships. It ignited on contact with seawater and was nearly impossible to extinguish.