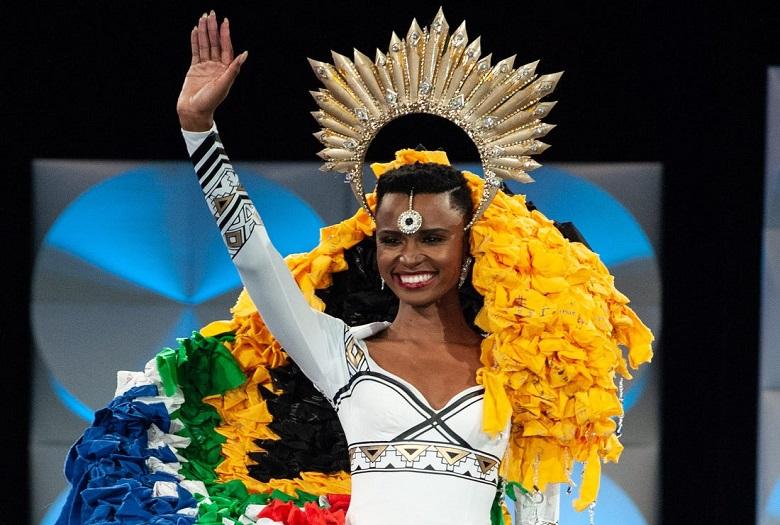 The South African Zozibini Tunzi was crowned Miss Universe 2019 to the surprise of many people. Indeed, she is the first black Miss universe who wore her short, curly hair in this beauty contest. During her speech, she rejects colorism and explained how it feels to have black skin.

In her speech, Miss Universe 2019 publicly rejects colorism, of which she has always been the victim as well as many girls and women with the same complexion of skin and hair texture. “I grew up in a world where a woman who looks like me, with my skin color and my hair type, was never considered beautiful. And I think it’s time for that to end today. Want the children to look at me, see my face, and I want them to see their face reflected in mine,” said Zozibini Tunzi.

She expressed that this evening, a door opened, and she could not be more grateful to have been the one who crossed it. “I hope that every little girl who witnessed this moment will now and forever have faith in its power of dreams,” added the new Miss Universe.

Lupita Nyong: “I was praying for fair skin”

Lupita Nyong’o published her first children’s book, “Sulwe”, an ode to black-skinned children a few months ago. The actress says she wrote the book to help children learn to love their skin. It was based on her own childhood experience with racism: “I saw my family pamper my sister, with lighter skin, as they had never done for me… In the evening, before sleeping, I prayed that God would give me lighter skin”.

Her goal in publishing this book is to make dark-skinned children realize that they have value and beauty like any other. Lupita Nyong’o also said that she was taunted as a teenager before adding that even in her career, she clearly sees that fair-skinned women are the ones chosen to make the headlines: “It even affects us subconsciously,” said the actress.

The American star was not as successful as her counterpart, the superstar Beyoncé with whom she started in the group “Destiny’s Child”. Kelly Rowland also admitted that Beyoncé’s mother was the person who helped her kiss her “chocolate skin”: “Despite the compliments from the fans and some other people, it took me a while to think I was beautiful.”

In an interview a few months ago, Beyoncé’s father, Matthew Knowles acknowledged: “In the music industry, there is still segregation.”

The man who was the manager from the very beginning (when the girls were children) admitted that he had noticed that fair-skinned girls and women, like his daughter, were greeted “differently” by the radios: “there was a perception that the fair we are, the more intelligent we are or the more we have an economic advantage..”

Nicknamed the Goddess of melanin, this Senegalese-born model was very much noticed on Instagram at the start. Khoudia Diop said that she was afraid to leave her house and go to school, fearing the taunts that were inflicted on her because of the color of her skin.

Up to 14 years old, the young Senegalese woman felt obliged to hide or try to lighten the skin, without success. At 17, she became “Melanin goddess” (Instagram account) and made the front page of fashion magazines.

Three years later, with more than 500,000 followers on Instagram, she becomes one of the faces of the music star’s make-up brand, Rihanna, and one of the voices against racism and colorism.

Abused at school because of her complexion, Kheris Rodgers transformed this negative experience into a positive initiative, creating her brand when she was 11 years old. Young Kheris took the fashion world by storm with her slogan clothes, designed to boost the self-esteem of dark-skinned girls like her.

The girl became an influencer on Instagram and was even taken up as a character in a cartoon from the children’s channel Nickelodeon.