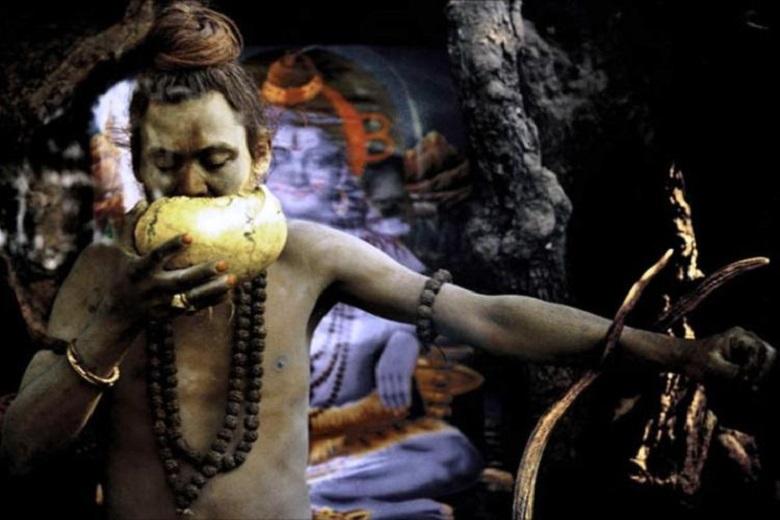 Most religions have one or two weird practices or features, but sometimes you find one that is just plain strange. This list contains five of the weirdest practices found in modern religions.

Now there is one religion for everything. And if good old Catholic guilt doesn’t do it for you, then maybe it’s time for a change. What is religion but a big ancient cult with followers willing to do fancy crap to live a long and fruitful life after death?

Some religions are entirely harmless and are a way out of all the spiritual needs you feel you are missing, others are just plain strange.

Grishneshwar temple in the Indian state of Maharashtra is the site of a very weird religious practice – and potentially dangerous religious ritual. As the name suggests, infants between one and two years of age are thrown from a 50-foot tower, and men are placed at the bottom to catch the babies on the sheets.

It is believed that the 700-year-old ceremony makes children smarter, healthier, and luckier, and this weird practice is done by both Hindus and Muslims in the region.

2. Mormon Baptism of the Dead

Baptism for the dead, vicarious baptism, or proxy baptism is the religious practice of baptizing a living person on behalf of a deceased person; a living person acts as a proxy for a dead person. It has been practiced since 1840 in The Church of Jesus Christ of Latter-day Saints, where it is also called temple baptism because it is performed only in dedicated temples.

In the practice of The Church of Jesus Christ of Latter-day Saints, a living person acting as a proxy is baptized by immersion on behalf of a deceased person of the same sex. The rite of baptism is as follows: after calling a living mediator by name, the person performing the baptism says, “Being authorized by Jesus Christ, I baptize you for and in the name of [full name of the dead], who died, in the name of the Father, and of the Son, and of the Holy Spirit.” Then the trustee briefly plunges into the water. Baptism for the dead is a special sacrament of the Church. It is based on the belief that baptism is an obligatory sacrament for entering the Kingdom of God.

The Church of Jesus Christ of Latter-day Saints indirectly baptizes people regardless of race, gender, or creed. This applies to both the victims and the perpetrators of genocide. Some Jews who survived the Holocaust and their supporters objected to this practice.

Aghori is considered a religious cult that separated from the general Hindu religion in the 14th century AD. In the mythology of Hindu, it is believed that everything comes from ‘Brahman’ and that there is no evil. Followers of the Aghori develop this interpretation further, thinking that everything is God, and abandon something is sacrilegious.

This weird religious practice is manifested in crude rituals, especially in their practice of living near cremation sites and eating a dead body.

The Kapparot is a traditional Jewish religious ritual that takes place around the time of high holidays. Classically, it is done by grabbing a live chicken by the blades of a scholder and moving three times around its head, symbolically transferring its sins to the chicken.

Then the chicken is slaughtered and given to the poor, preferably by eating it at the festival before Yom Kippur. Nowadays, Capparos is performed in its traditional form, mainly in Haredi communities. The ritual is preceded by the reading of Psalms 107: 17-20 and Job 33:23-24.

On the eve of Doomsday 2005, more than 200 caged chickens were cast into the rainy weather as part of a kapparot operation in Brooklyn, New York; some of these starving and dehydrated chickens were subsequently rescued by the American Society for the Prevention of Cruelty to Animals.

Jacob Kalish, an Orthodox Jew from Williamsburg, was charged with animal abuse for drowning 35 of these chickens. In response to such reports of mistreatment of chickens, animal protection organizations began picketing the public holidays of Caparot, especially in Israel.

Digambar is also spelled Digambara, one of the two main sects of Jainism. The senior monks of Digambar do not wear clothes, following the practice of Lord Mahavir. They do not consider themselves naked – they wear the environment.

Digambar believe that this practice is a refusal to yield to the requirements of the body for comfort and private property – only ascetic Digambars are required to give up clothes. Digambar ascetics have only two things: a broom of peacock feathers and a pumpkin with water.

The practice of self-beating for religious purposes has a long history. It was a common practice in Ancient Egypt, Greece, and Rome, but it really took shape in the 13th and 14th centuries.

Self-flagellation began as a form of radical repentance in the Catholic Church: fanatics whipped themselves in public as a demonstration of loyalty. Big processions – some with 10,000 participants passed through cities with crosses and banners, beating themselves with leather straps, singing hymns, and calling other zealots.