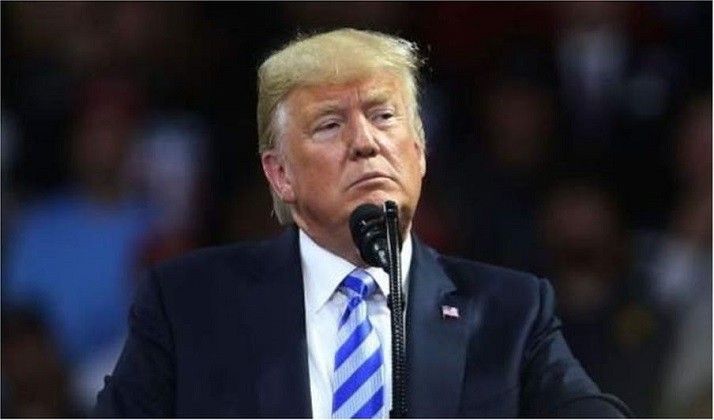 President Donald Trump has returned to his previous claim that climate change is not a hoax in the American TV program ’60 minutes’. At the same time, he says that it is still unclear whether humanity has anything to do with it and he thinks that it will automatically “change back” once again.

In the interview with CBS that was broadcasted on Sunday evening, Trump also said that he did not want to criticize the United States for his opinion on climate change. “I want to say this: I do not want to spend trillions of dollars on it and do not lose millions of jobs.”

“I think something is happening, something is changing and it will change again,” he said. “I do not think it’s a hoax, I think there’s probably a difference, but I do not know if it’s started by people.”

Chinese connection
In 2012, Trump called climate change another hoax, when he sent a tweet into the world with the comment that the greenhouse effect was created by and for the Chinese to bother the American industry. Later he said that he had made a joke about the Chinese connection, but in the following years he continued to call the warming of the earth a hoax.

Trump, who will travel to the hurricane Michael regions in Georgia and Florida on Monday, also expressed doubts in the program about the findings of scientists connecting the changing climate to the increasingly powerful hurricanes.

“Political agenda”
“They say that in the past there have been hurricanes that were much worse than Michael,” said Trump. When asked who exactly ‘they’ were, he replied: ‘people’. And when interviewer Leslie Stahl then asked: “And what about all those scientists who say it is worse than ever?”, He replied: “I want to see them, because they have a big political agenda.”