The new Congolese president Felix Tshisekedi will grant presidential pardons to the political prisoners within ten days and work on an early return of the political exiles to the Democratic Republic of Congo. He promised it today during a ceremony.

At a ceremony for the members of the government and leaders of Congolese institutions, Tshisekedi, in presenting his program for his first hundred days, declared that he would “take a measure of presidential pardon in favor of political prisoners within ten days.”

The head of state also promised that he would instruct the Minister of Justice “to take all necessary measures within the same period of time… for the conditional release of all persons who are held up for opinion-related offenses, including in the context of the political demonstrations of before the elections” of December 30, 2018.

“In the same vein, I will actively work on conditions for a quick return of compatriots who currently live abroad for political reasons (…),” he added. Among the political exiles is opposed Moïse Katumbi, formerly an ally of former President Joseph Kabila, who lives in Belgium today. Katumbi moved to the opposition in 2015 and left for medical reasons from Congo in May 2016.

Tshisekedi was sworn in as president on 24 January, in succession to Kabila.

Explosion in Nigeria: more than 50 missing

Anyone convicted of domestic violence is ban to enter Australia 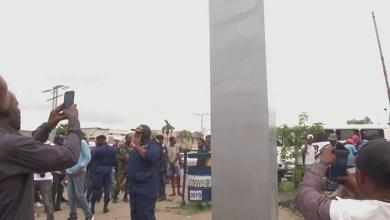