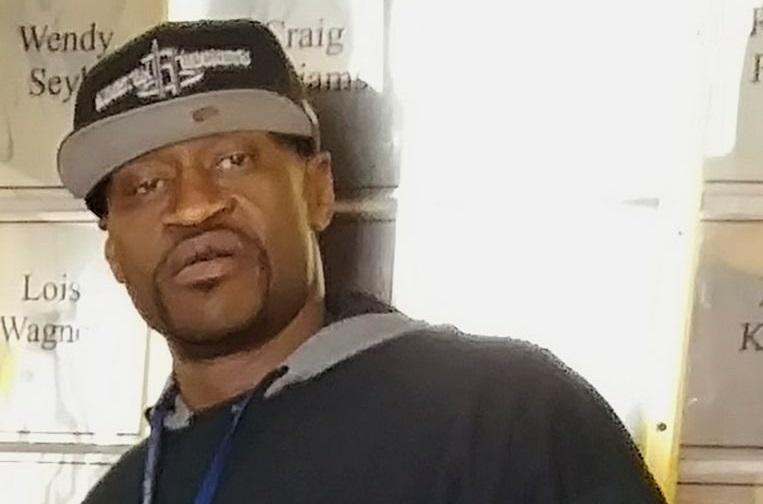 More information is becoming known about George Floyd (46), the African-American man who was killed on Monday by police brutality in the American city of Minneapolis. His life had solid highs and lows.

Although George Floyd was a promising sportsman at school, he went astray and ended up in jail for armed home jacking. In recent years, however, the “friendly giant” has done everything to get his life on the right track.

Floyd was not from Minneapolis, where he died after a cop pressed his knee to the back of his neck for more than eight minutes, cutting off his air supply. He was born in the southeastern state of North Carolina but grew up in Houston, Texas. In a neighborhood just south of the city center, where pop icon Beyoncé is also from.

The place is the heart of the city’s of the black community and breathes music. But it is also characterized by extreme poverty and gang violence. It was there, in an apartment block in a social housing estate, that Floyd spent his childhood, and it was not easy.

However, there were also opportunities. Floyd turned out to be a promising athlete in school, and he excelled in no less than two sports: basketball and American football. It was no surprise that he was almost 1.88 meters tall when he was twelve. It gave him the nickname “friendly giant”.

He was even scouted and allowed to play basketball at South Florida State College in Avon Park, Florida. However, after two years, he returned to Texas, where he enrolled at Texas A&M University. He did not complete that training because he got on the wrong path.

A series of arrests for theft and drug possession followed, and in 2007, George Floyd was charged with armed home jacking, for which he was sentenced to five years in prison in 2009.

When he finally got out of prison, Floyd decided to take a different direction with his life. He joined a local church and contributed to a better future for his neighborhood. A video that has been circulating on social media in recent days shows him suing gun violence and calling on young people to “come home”.

According to family, Floyd decided to move to Minneapolis, in the northern state of Minnesota, a few years ago. He was hoping to find work there and start a new future. George Floyd worked as an outdoor bouncer at the El Nuevo Rodeo nightclub and Conga Latin Bistro restaurant, and he drove a truck. Until the outbreak of the new coronavirus threw sticks into his wheels, and he lost his job.

He also volunteered. For example, he was a security guard with the local Salvation Army and decided to join MAD DADS, an organization of African-American fathers who fight gang violence and drugs in the community. The day before his death, he had arranged to meet with a friend who was already active, but he should have canceled that appointment. Though a new appointment never came.

He died last Monday after being brutally beaten to the ground by some police officers. George was suspected of trying to buy cigarettes with a $20 counterfeit note. The officers involved were fired in the meantime, and the man who pushed his neck with his knee is in prison on charges of manslaughter.

Floyd’s family now demands justice. The man had two daughters (aged 22 and 6), and the youngest – Gianna – appeared in the media on Tuesday with her mother, Roxie Washington. “I want everyone to know that this is what those agents took away,” Washington sobbed.

“At the end of the day, they go home to be with their family. Gianna has no father anymore. He will never see her grow up and graduate. He will never lead her to the altar. I want justice for him because he was good. Whatever everyone thinks.”

Other family members and friends also said that Floyd was a quiet man who loved to have fun and was a friend to everyone. He is called “a big teddy bear” on the Facebook page of the Conga Latin Bistro. “This is a big loss,” it says there.

The same sound with former NBA player Stephen Jackson, who said in a post on Instagram that he grew up in the same neighborhood as George Floyd and that they called each other “twin brother”. “My brother was turning his life around in Minnesota. He did what he had to do, and yet he was killed,” the man sighs.

1 thought on “Who is George Floyd (46)? Africa-America who died of police brutality”