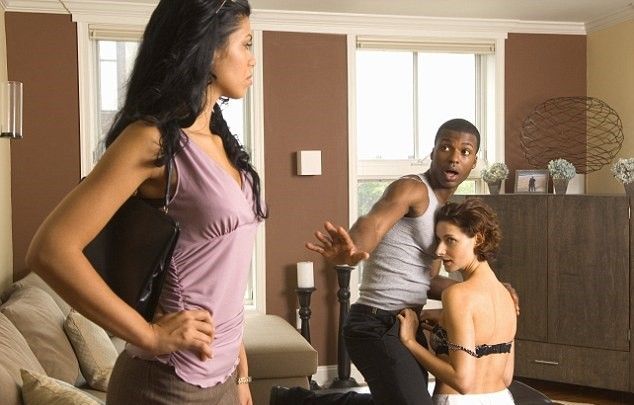 Those who have not lived under a rock in recent weeks and what is happening in Hollywood, meanwhile know that Tristan Thompson has cheated Khloe Kardashian again and that with Jordyn Woods, the best friend of Khloe’s little sister Kylie.

Drama everywhere. But if you were ever deceived, you often wonder why your partner made that painful choice. Often it is even more difficult when you realize that it is not the first time that he or she is doing this. Why do some people continue to deceive again and again?

Serial cheaters, who are they and what goes through their heads? Dr. Susan Edelman, who specializes in relationships, explains that it is a difficult question to answer. She points out that it depends on what you consider deceiving: “It is a difficult one, because what counts as cheating? Texting? Be active on dating apps? Dancing? Kissing?” There is also a difference between emotional and sexual infidelity, although it often has the same consequences.

Dr. Edelman defines cheating as ‘continuously seeking other sexual relationships with people who are not your partner, without your partner being comfortable with it.’ The most important point in this is that both partners do not give approval.

Series of deceiving is more common than we think. A recent study by Scott K. Knopp, who works for the Department of Psychology at the University of Denver, showed that people who once deceived their partner are three times more likely to do so in their next relationship. But being deceived also has real long-lasting consequences. The same study also showed that people who suspect that their partner is cheating would also suspect their next partner four times faster.

But why are they doing it now? There are many reasons according to Edelman. Multiple cheaters do not always do this for the same reason and Edelman is convinced that it can be related to personality disorders, traumas of the past or a feeling of inferiority.

It can be very difficult to have a healthy relationship when a person has to work on himself. “You can not shave them all over the same crest, you may have to deal with a narcissist or sociopath. But it is also possible that they struggle with problems from their childhood so that they do not feel loved and avoid intimacy. It may also be that they have a sex addiction.” Although there is hope, Edelman points out that serial cheaters can seek help from professionals to work on their problem.

Why it’s good to have enemies: 4 reasons to love your enemies

The 5 biggest irritations among friends

An envious friend: how to recognize her

What does your least favorite color tell about you?