Three years after she was arrested and beaten in Egypt for waving the rainbow flag, LGBT activist Sarah Hegazi, 30, ended her life in Canada on Sunday night, where she was in exile. Her farewell letter is now shared on social media by activists.

“I tried to survive, and I failed, forgive me. To my friends: the experience was hard, and I was too weak to resist; forgive me. To the world: you were extremely cruel, but I forgive you,” she wrote in Arabic.

30-year-old Hegazi was arrested in 2017 after a concert by the Lebanese indie band Mashrou Leila in the Egyptian capital of Cairo, the singer of which, like Hegazi, is openly gay. President Abdel Fattah al-Sisi’s regime subsequently had Hegazi and many other activists arrested.

Egypt does not explicitly prohibit homosexuality but uses the Prostitution Act, which also prohibits ‘debauchery’, to prosecute LGBT activists. Those convicted of homosexual conduct under that law may face up to three years’ imprisonment.

In 2018, the activist said in an interview with radio station NPR that the Egyptian state considered her to be “a criminal who wanted to disrupt the moral structure of society.” During the three months in pre-trial detention in a cell, she was electrocuted and also had to undergo psychological torture.

After her release, Hegazi suffered from post-traumatic stress disorder (PTSD), panic attacks, and anxiety disorders. She was eventually able to flee to Canada, which provided her asylum. But in exile, she lost her mother, and panic and fear continued to take hold of her.

African countries want the UN to investigate US “systemic racism” 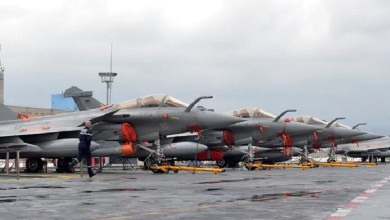