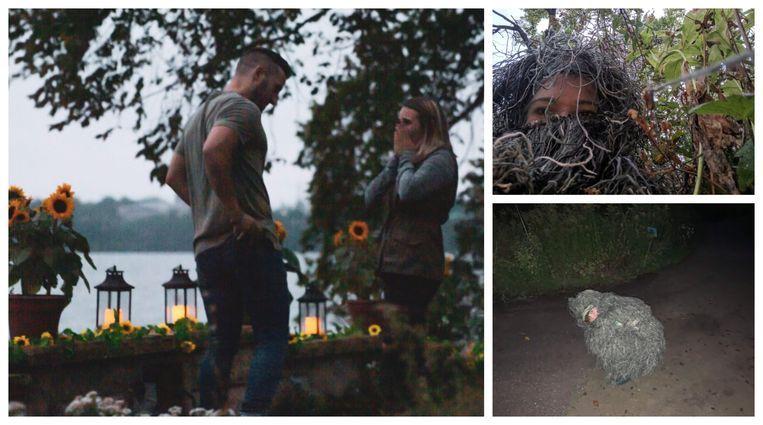 Are you capturing the real, pure emotions in a marriage proposal? Then you should be able to play a little hide and seek. The American Therese went a long way to capture her sister’s engagement secretly. She dressed as a bush.

Therese Merkel from Wisconsin knew that her future brother-in-law Andrew would ask the question of her older sister Rachel last Wednesday. He also wanted someone to capture the moment, but it had to be a surprise. And so Therese came up with a great idea: she squirmed into a camouflage outfit that is customarily used mainly by soldiers (especially snipers). More subtle is not possible, right?

“Sister got engaged this weekend, and I dressed as a bush in the wilderness to watch/capture the moment,” Therese wrote on Twitter with photos of the shot. “We are 1 yr apart.. why are our lives so different rofl,” she joked — the result: internet fame.

The post of Therese, her successful engagement photos and especially her fantastic disguise are appreciated by many. The tweet has already received more than 180,000 likes.