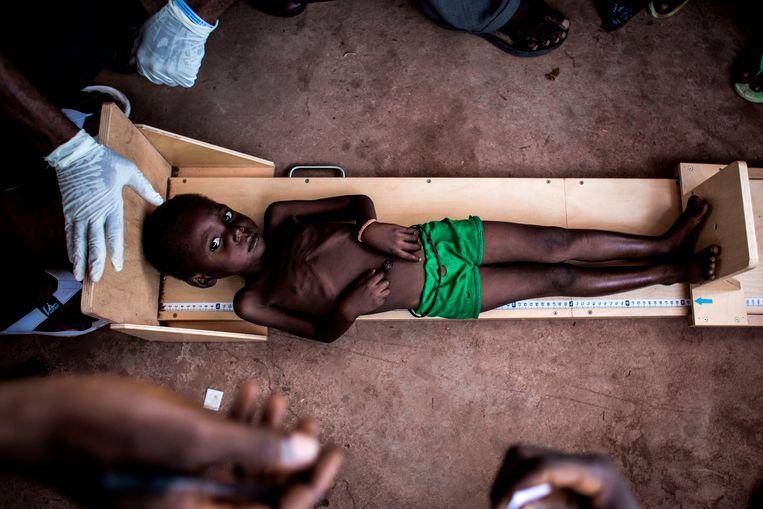 Approximately 13.1 million people in Congo threaten to become victims of malnutrition due to the conflict in the east and the centre of the country. Last year it was still 7.7 million people.

According to today’s report from the IPC Global Support Unit, which provides data to organizations worldwide, such as the World Food Program of the UN and Oxfam. In the meantime, Ebola continues to affect people of the country.

Approximately 6 million Congolese children are undernourished, according to the report. The eastern provinces Ituri and Tanganyika are the most affected. There militias and rebels are active, as in the central region of Kasai, where the ethnic conflict hampers agriculture. In March, the UN proclaimed the situation in Central and Eastern Congo as one of the most serious humanitarian crises worldwide, but the government of President Joseph Kabila rejects that finding.

Ebola
Meanwhile, another Ebola epidemic is raging in the country. For example, a newborn baby and her mother are infected with the virus. This tenth epidemic made a total of 186 deaths, according to the Congolese health authorities today. The two victims were admitted to a specialized centre set up by the government.

“In total, 298 cases of haemorrhagic fever have been reported in the region, including 263 confirmed and 35 likely,” the report sounds. Since the beginning of August, 26,135 people have already been vaccinated.

The Director-General of the World Health Organization (WHO), Dr. Tedros Adhanom Ghebreyesus, and UN Under-Secretary General for peace operations Jean-Pierre Lacroix, will visit Congo from 5 to 9 November.