The Coded legends printed on T-shirts and divers in favour of white supremacy, against Islamism and immigrants, are all the rage in Europe and have already been adopted in the United States.

How the neo-Nazi counterculture advances in the world. The image of the neo-Nazis that expanded from the streets of London to the world, in the eighties of the last century, no longer exists. The skinhead, with its shaved head, black combat boots and brown-brown “bomber” jacket, practically disappeared from the European scene. Now, the extreme right have much more subtle ways of exhibiting and recognizing themselves with their peers throughout Europe.

They do not need to create a fashion or style of their own. They have already imposed their symbols and coded messages to promote extremist policies. And adopted some of the leading global informal clothing stores. T-shirts and jackets with the aesthetics of Hitlerism and Stalinism are all the rage among teenagers in the suburbs of all the major European capitals, particularly in the East and Russia, where a simple cotton sweatshirt with a symbol of some of the Extremist organizations can cost up to $45.

Cynthia Miller-Idriss, a professor at the American University in Washington DC, analysed this cultural penetration through products and clothing marketed with symbols encoded by extremists, anti-Semites, racists and nationalists.

Her research was recently published by Princeton University Press with the title “The Extreme Gone Mainstream” and shows how the cultural scene of the neo-Nazi groups is mutating and how it conquers many young people through its aesthetics.

“Among others, she interviewed students and professors from two German technical schools with a long history of the presence of extremist groups. The uniformed guys are no longer seen in the “skinhead.” They wear the same jeans, sneakers, t-shirts and fashion divers similar to those of any other young person from any other place in the world, even from some of the same brands. But these garments contain symbols that identify them with neo-Nazi groups such as Combat 18, Identity Generation or Jobbic.

“A 16-year-old right-wing nationalist explained to me that clothing with slogans related to these groups can give entry to concerts of neo-Nazi rock groups or clandestine events where young people are not yet known,” explains Professor Miller Idris. And these slogans or symbols are not so clear for those who are not inside organizations to know. Many times, the alphanumeric sequences, numbers and letters, replace racist or nationalist phrases. For example, a shirt that says “2YT4U” which means “too white for you” is very popular. Many teenagers in Berlin wear white T-shirts in which you can read “my favourite colour is white”, an innocent slogan that confused parents and school authorities until a newspaper published a note explaining that it was a racist slogan.

There are also others who appeared in France and Spain claiming the Crusades or the Reconquest of the territory of the peninsula taken by “the Moors” (Muslims). In Russia, teenagers wear a T-shirt that says “Reconquista Crimea” in relation to the expulsion of Islamists from that Ukrainian region invaded by Russian troops.

Much of the nationalist messages also connect with the global extreme right. A Polish nationalist urban fashion brand sells a T-shirt, with the flag of the Confederation of the United States as a symbol against blacks. Other brands from Eastern Europe and Russia widely adopt the Runic and Viking symbols, which attract German right-wing groups who argue that the Germanic tribes descend from Nordic tribes whose origins are Aryan. References to Nazi history are common internationally and in English, in slogans such as “White Fist”, “Hate Club”, “Growing Storm”, “Zero Tolerance” and “Guerrero.” They even wear a brown T-shirt with a prominent “H” and below it the phrase “he was right.” That “H” is for Hitler.

“Clothing helps to mobilize extremism with emotional appeals that facilitate the feeling of belonging with other like-minded people who cannot identify with the society they live in. Constant references to ideals such as brotherhood, belonging, loyalty, glory, creed, nation and race help foster a sense of belonging, while setting a limit to those who do not belong, these messages are combined with calls for revolution and resistance, and images of skulls and weapons Like knuckles, axes, knives and brass pistols, clothes literally embody violence and combat,” explains Miller Idris.

Of course, fashion is not the only engine of radicalization. But it’s part of that expanding culture along with heavy metal music lyrics, Internet forums, YouTube videos and motorcyclist clubs that are accepting increasingly younger members.

More than 70 years after the defeat of German Nazism, the ethno-nationalist and white supremacist movements in Europe are in full expansion. They include far-right political parties, neo-Nazi movements and allegedly apolitical protest groups. Some groups openly advocate the violent white supremacist, while others have propagated their radical positions under the pretext of populism. These populist groups claim that they strive to protect hard-working Europeans by preserving their livelihoods and assets from the economic and cultural threats posed by immigrants and ethnic minorities.

Although not all of these groups directly link their ideologies to Nazism, their propaganda portrays immigrants and ethnic minorities in a manner similar to how Nazi propaganda portrayed Jews, blaming them for national economic problems and describing them as a serious threat to the Nazis.

Ethno-nationalists also consider multiculturalism as a key word for the destruction of the native national identity. For example, the neo-fascist political party Jobbik of Hungary rejects “the blind alley of multiculturalism in Western Europe” and proclaims that “defending our cultural identity developed throughout our history”. Others, like ‘Alternative für Deutschland’ (Alternative for Germany, AfD) says in its platform that one of its objectives is to eradicate Islam from the country because it is “a danger for Germany and should not be part of the culture of our people”. The AfD ranked third in the parliamentary elections of September 2017.

Many of these extreme right political parties hide their true identity through a traditional populist discourse that appeals to a sense of family belonging. Their propaganda campaigns are allowing them to generate substantial support and advance in the seizure of power. In the Italian parliamentary elections of March 2018, the neo-fascist Lega Nord (Northern League) managed to become the third party with more representatives in the Italian parliament.

In June 2018, the leader of the League, Matteo Salvini, assumed as Minister of the Interior and became the strong man of the xenophobic government installed in Rome. Among its measures is the refusal to receive immigrant rescue boats in Italian ports and called for a national census to address “the question of the Roma” (gypsies). And like the other nationalist movements, the League believes that the European Union is a harmful foreign influence that has undermined the sovereignty of the Nation. Salvini says that the euro is a “German currency” and not stopping African migration is a “crime against humanity”.

Some of these political movements are less prejudiced and openly embrace the language and symbols of Nazism. In Hungary, Gabor Vona, former president of the Jobbik party, blames the Jews for trying to buy Hungary and interfere in their elections. Jobbik uses the image of the Nazi “Cross of Arrow” to symbolize the Hungarian nationalist pride. Others, such as the French anti-immigrant movement ‘Les Identitaires’ reject Nazism and violence without neglecting a racist language.

They consider themselves patriots who defend the European identity of the cultural corruption imposed by the Islamic customs. The youth wing of Les Identitaires, Generation Identity (GI), has a presence throughout Europe and uses the media and popular demonstrations to propagate anti-Islamic notions and gain strength with young people.

Combat 18, a violent group of skinhead neo-Nazis founded in Great Britain in 1992, which currently has a presence in at least 18 countries, uses methods similar to those of the groups it claims to fight. As the ISIS calls its militia act as “lone wolves” to attack immigrants. Its superior objective is to create countries of white supremacy. National Action (NA) is another somewhat older British conglomerate that has its roots in the mighty National Front of the 1980s.

In 2016, NA became the first English far-right group to be qualified as a terrorist after it praised the murder of a parliamentarian. The group, whose members believe that “Britain should be only for the British,” has training camps where recruits learn hand-to-hand combat in preparation for “white jihad” (WJ, white supremacist holy war). Its members stroll in groups through the streets of London with T-shirts and divers with that slogan or, simply with the WJ that not many know its meaning.

The neo-Nazi culture expands from northern Europe and is mixed among other movements such as hipsters, bikers, rockers, university movements and even unsuspecting teenagers who buy some fashion garment without being aware of what the slogans printed are saying. Those t-shirts and divers with racist legends also began arriving in the United States, where they are increasingly seen in college rock concerts from Boston to Los Angeles. Soon they will be in the streets of the Federal District, Bogotá or Buenos Aires.

Enjoy the hot pack of Esperanza Gomez on Instagram [Photos] 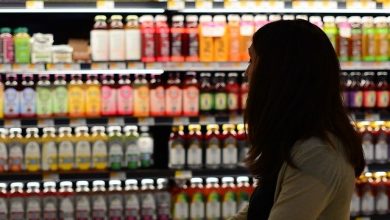 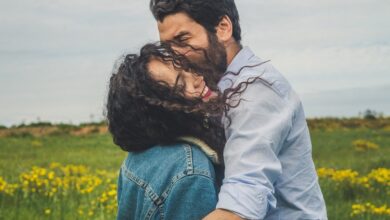 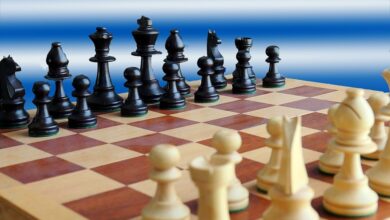