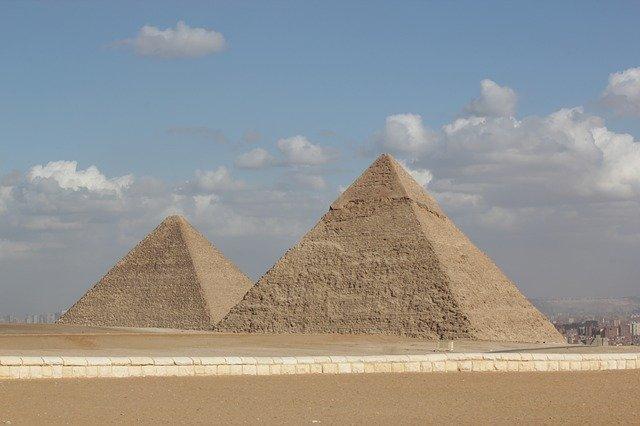 Pharaohs, pyramids, mummies, Cleopatra… Several facts marked the period of ancient Egypt and continue to fascinate history buffs. Yet, it is common to hear several misconceptions relating to this time. Here are five pieces of misinformation about ancient Egypt.

Several documentaries and research with dubious sources attempt to prove the involvement of extraterrestrials in the construction of the pyramids in general and those of Giza in particular. However, the work of historians and archaeologists has confirmed that it was the Egyptian workers themselves who transported the stone blocks by boat.

This shuttle was most often made from the quarries to the construction sites. In addition, the workers of this Nile country used clay, wheels, and ramps, either to slide building materials or to hoist them. It is therefore obvious that the extraterrestrials could not build all or part of the pyramids of Egypt. This is also confirmed by museum curator Helmi Boutros, who is also passionate about art and Egyptology.

2. Egyptian people are made up of blacks

The partisans of the Afro-centric movement try to make historians recognize the existence of a “Negro Egypt”, by asserting that the people were black. Their allegations are, however, haven’t been confirmed. It should be noted that the Egyptians had, like their Mediterranean descendants, a dull skin color with brown hair.

In the minds of the Egyptians, the corpses they embalmed had the opportunity to come back to life and settle scores with humans. Having learned of this mistaken idea, Europeans of the Renaissance period imported thousands of mummies. Their objective was to reduce them to powder in order to use them as a remedy or a talisman. The story goes, moreover, that Catherine de Medici and François 1er hardly ever parted with them.

4. Most beautiful of queens was Cleopatra

Historical sources that describe the physique and charm of Cleopatra VII are minimal. There are only a few coins that are minted with her image. It must be said that the last queen of Egypt had a prominent nose like her ancestors (the Ptolemies) and was recognized for her skill in politics.

Her mythical charm would certainly come from her voice, since she was not only a polyglot but also a good speaker. There is, therefore, no evidence that the heroine that Elizabeth Taylor played in 1963 was as seductive as we think.

5. Tutankhamun is the source of misfortune

Five months after the discovery of Tutankhamun’s tomb, on April 5, 1923, the death of Lord Carnarvon, the financier of the excavations, was announced. Likewise, the English archaeologist Howard Carter, who had conducted the research, died in 1939 at the age of 64.

Following these tragic events, some concluded that Tutankhamun brought bad luck. Yet Howard Carter’s death is due to lymphoma and his advanced age. Recall that the people who attended the stripping of the mummy did not suffer any dark fate.