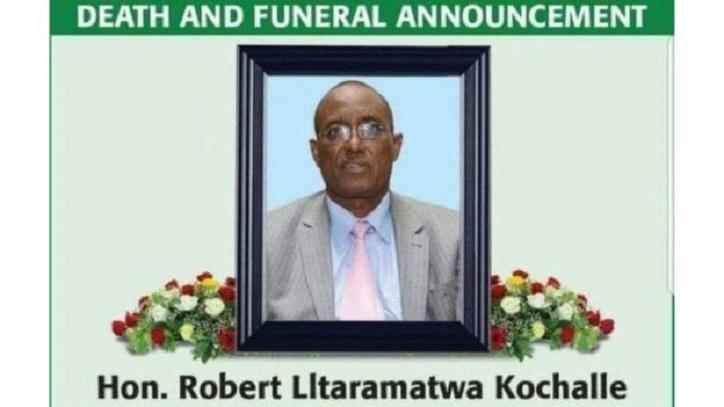 Robert Kochalle passed away in May last year, but he was one of three people re-elected to the Kenya Film Classification Board (KFCB), which regulates film and audiovisual content.

On social media, Kenyans have criticized the government saying that the appointment is a sign of clumsiness in the management of state affairs. But the general director of the board, Ezekiel Mutua, says it was a “small problem pulled out of proportion.”

“A small problem out of proportion.” The Commission presented the notification to the Ministry for replacement, and inadvertently its mandate was renewed, which was not at all the error of CS Mucheru because the conversation started when the KFCB was under the tutelage of the Ministry of Sports and Culture,” he commented on Twitter.

Ezekiel Mutua suggested that the error could have been caused by administrative confusion as a result of the transfer of the KFCB from one ministerial authority to another.

Some Kenyans, however, are not satisfied with Mutua’s explanation: “This is not a small problem, but a serious management failure. Someone should have checked the records and advised on the change of status, please do not minimize this. ….”, reacts @achmag_villy on Twitter.

Some wonder if the man was asked to give consent before his new appointment. “When someone needs to be named, should not they be called before to get at least their consent?” I see that as a big mistake, Feelhipoh Ohdoorche wonders on Twitter.

Later in the day, Kenyan Information Minister Joe Mucheru finally revoked the deceased’s replacement for apparently replacing him with his widow – Charity Kochalle.