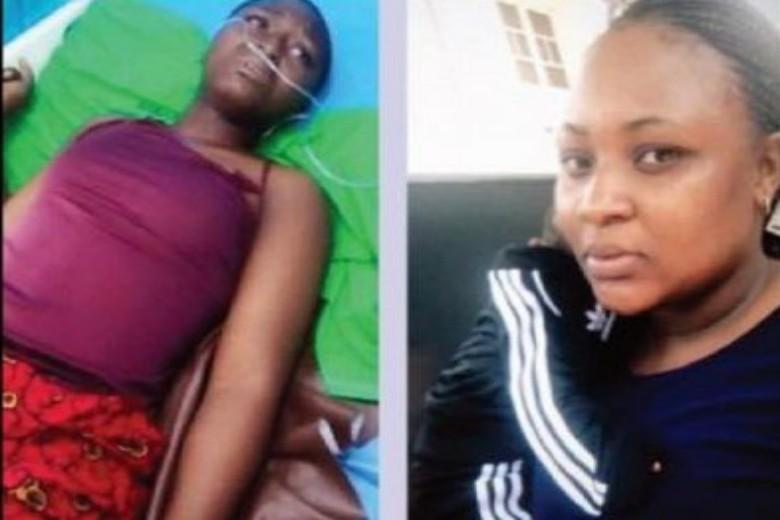 A 13-year-old girl died after being beaten by her stepsister for the simple reason that she bed-wet at night.

Precious Omenka, 13, was living with her older half-sister, Nneka, and Nneka’s mother, Seki Eko, in Lekki, Lagos, Nigeria, when she was brutally beaten. The blows ultimately led to her death, said her father.

Mr. Emeka Omenka, the father of the deceased, said that her eldest daughter, Nneka, had asked her younger sister, Precious, to visit her. What did Precious do on October 12th? But she was fired on October 16th. She seemed weakened and complained of pain in the body. She informed her parents that she had been beaten by Nneka and her mother, Seki Eko, for bed wetting.

Mr. Omenka stated that Precious had repeatedly explained how she was hit in the stomach, chest, and ribs. She added that she had also been beaten with a cable.

she was taken to the hospital where she died on October 25 of complications from her beating.

According to The Nation Newspaper, Precious’s death record revealed that the primary and secondary causes of her death were acute renal injury and cardiopulmonary collapse.

Reacting to the death of his daughter, Mr. Omenka said: “I am in pain. My heart is broken. Nneka is my first daughter. I had it with Seki Eko with whom I was in a relationship. Nneka was raised by my second wife, Ifeoma, who loved him as her child.”

“When I married my wife, it was difficult for her to conceive, so she raised Nneka as her child. So when she came and said that Precious would stay at her house, we had no reason to refuse her request.”

“Precious went to her house on October 12th. Then, on October 14, Monday, Precious said she had pissed on the bed. It was due to her bed wet that pushed my daughter and her mother to beat her like that.”

“When they finished, they brought her back after they threw her out from home. She complained of bodily pain and told in tears what had happened to her. I could not stand it, and I cried when she spoke.”

“My wife and I bought painkillers we gave her. My wife also used hot water and a cloth to massage her body. We did not know it was so bad. When we saw that she was not getting better despite the painkillers, we decided to take her to the hospital, because that’s where she was born.”

“Then, in the hospital, she was taken to the emergency room after the doctors told us she was running out of the blood. They did so much analysis and scans and found that she had internal bleeding.”

The Nation reports that Nneka told her family that her younger sister had died from a ruptured appendix, adding that the girl was ill before she went home.

But the mother of the deceased told the paper that she was still shocked by the incident and denied the insinuation that Precious could have been sick.

At the same time, a coalition of child rights advocates volunteered to take over the case and deliver justice