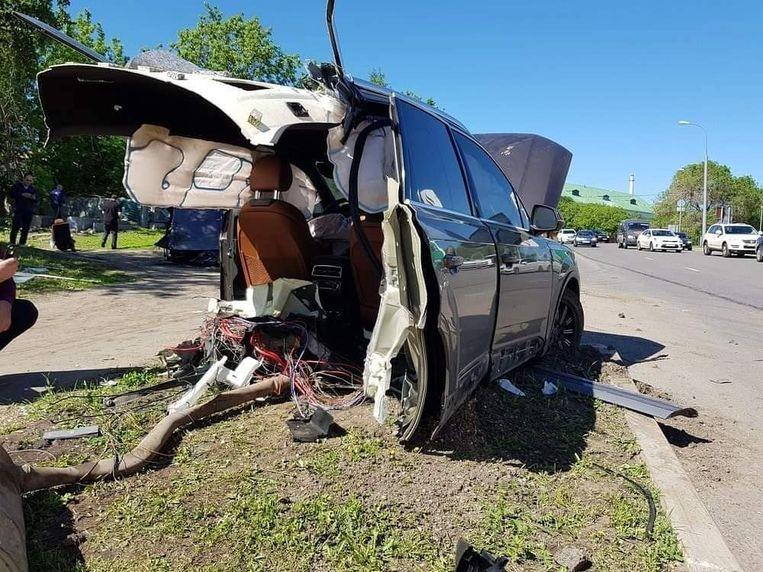 An Audi Q7 was split in two during a hard collision in Russia. Remarkably, not only did the driver survive the accident, he also fled the scene of misfortune.

Images of the crash were shared online by a number of Russian media. Although details of the crash are scarce, the images give a good indication of what happened. It is often the case that cars break into two pieces, but they are often super sports cars where the engine breaks down, says Carscoops.com.

Allegedly, this luxurious SUV smashed its side against a large metal lamppost. The impact probably took place right in the middle of the Q7, which split the car in half. Apparently, the crash occurred at high speed and at least one of the seats in the middle row was thrown out of the vehicle.

Interestingly, although the car was torn in two and the roof was torn off, the sky is stuck to the front half of the SUV. The cable harness is a jumble of wires and the outlet is visible on the grass.